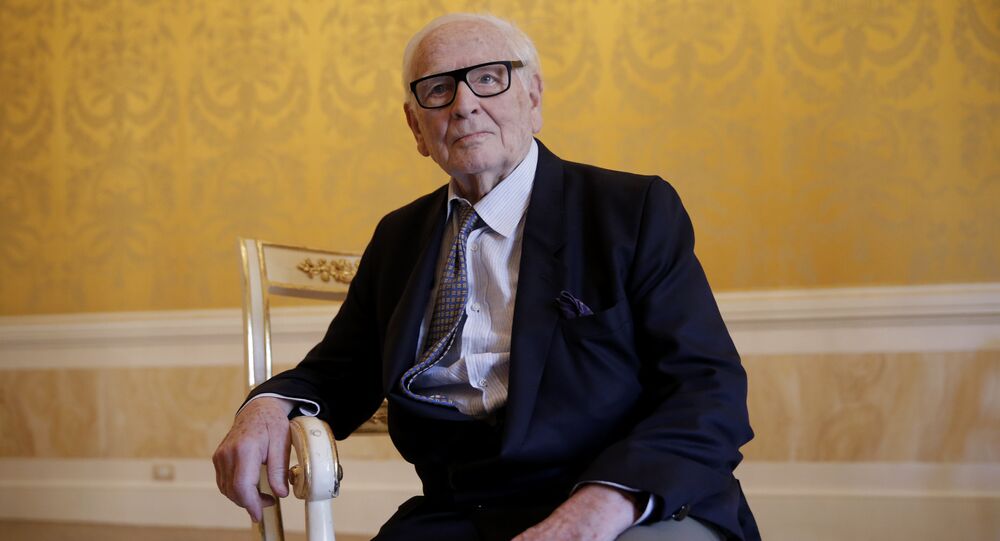 The world-renowned French couturier of Italian origin founded his fashion house back in 1950. The brand has since produced clothes, accessories, jewelry and fragrances noted for their avant-garde style and use of geometric shapes.

According to Cardin's family, the designer passed away at a hospital in Neuilly in the west of Paris.

The French Fine Arts Academy wrote on Twitter: "The Permanent Secretary, Laurent Petitgirard, and the members of the Academy of Fine Arts are sad to announce the death of our colleague Pierre Cardin. He was elected on 12 February 1992 to replace Pierre Dux as chairman of the Free Members Section".

Fashion magazine Vogue has paid tribute to the legendary couturier on Twitter.

​Pierre Cardin was born Pietro Cardin on 2 July 1922 in San Biagio di Callalta, near Treviso in Italy, but his family moved to France in 1924 to escape fascism.

He entered the world of fashion when he was 14 and in 1950 he founded his own fashion house.

His brand specialised in clothes, perfume and jewellery, among other things, and is famed for being "protean, avant-garde and fiercely experimental", according to the official site.