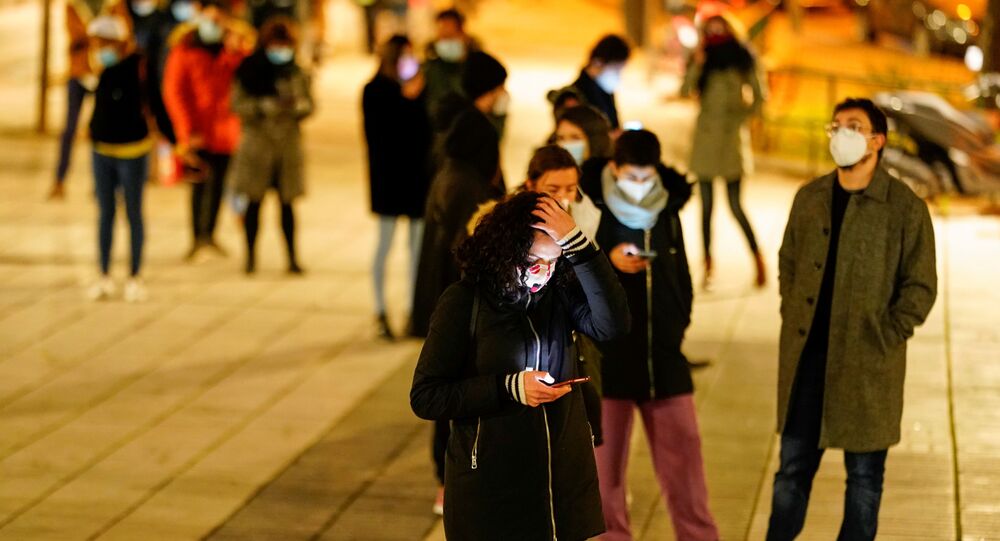 Spanish authorities will also share data from the new registry with European Union member-states, but not employers or the general public, the key Spanish minister said.

The Spanish government will soon launch a registry of people refusing to be vaccinated against COVID-19, national Health Minister Salvador Illa said on Monday.

The best way to tackle the ongoing pandemic was "to vaccinate all of us - the more the better" and the vaccine would not be mandatory, he said in an interview with La Sexta television.

"People who are offered a therapy that they refuse for any reason, it will be noted in the register... that there is no error in the system, not to have given this person the possibility of being vaccinated," he added.

"People who decide not to get vaccinated, which we think is a mistake, are within their rights. We are going to try to solve doubts. Getting vaccinated saves lives, it is the way out of this pandemic," he told reporters.

Hungarian Foreign Ministry Press Service
Sputnik V Clinical Trials a 'Landmark Event' as Vaccine Shows Over 90% Efficacy, Researchers Say
The news comes as the nation has remained under nightly curfews from 23:00 to 06:00, set to last until early May, with regional leaders setting rules and changes on lockdown procedures.

Spanish authorities have voiced concerns over the Pfizer-BioNTech vaccine, namely whether issues related to transport and refrigeration would adversely impact the efficacy of the jabs.

Pfizer also informed officials in Madrid it would require a one-day delivery due to logistics issues at the pharmaceutical giant's factory in Belgium.

© REUTERS / ALBERT GEA
Pfizer Warns About Delays in Vaccine Deliveries to Eight Countries Due to Temperature Control Issues
The issue was "linked to the control of the temperature" but had been resolved and vaccines would be "available tomorrow first thing in the morning” due to the delay, Illa told public radio, as quoted by Reuters.

The news comes after the EU began rolling out vaccinations across member-states on 27 December.

The Pfizer-BioNTech vaccine requires refrigeration temperatures of roughly -70 degrees Celsius and can be stored for up to five days from 2 to 8 degrees outside of freezers, media reported in December.

Prior to the statement, Reuters also reported delays in several German cities due to 1,000 vaccine doses not being properly refrigerated.

To date, over 81m people have contracted coronavirus, resulting in nearly 1.8 mln deaths globally. Over 16.2 mln cases and nearly 404,000 deaths have been reported across the EU and United Kingdom, data from the European Centre for Disease Control and Prevention revealed.