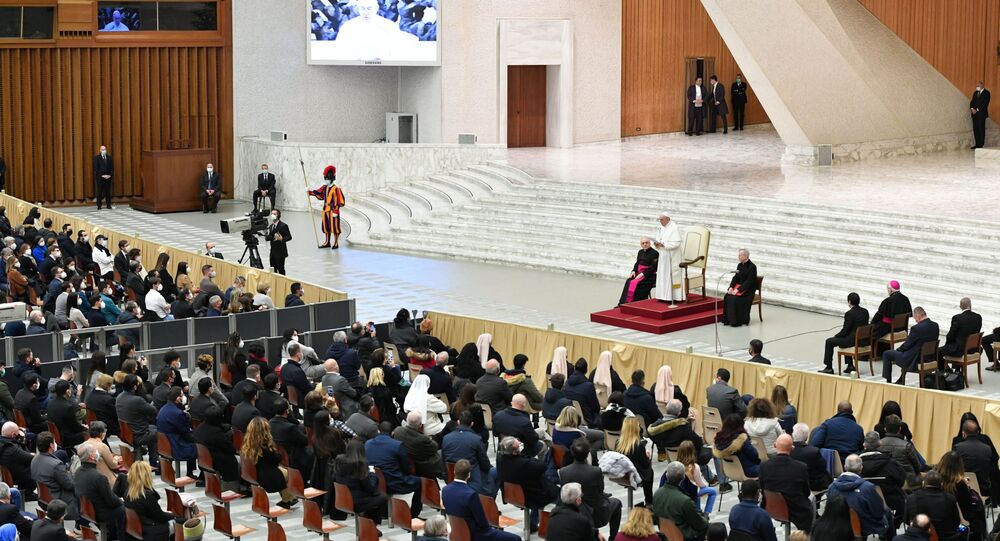 It is reportedly unclear whether the infected cardinals were present at a Christmas greeting event Monday that was attended by Pope Francis himself.

Two prominent cardinals who are close to Pope Francis have recently tested positive for COVID-19, the Daily Mail reports citing a source in the Vatican.

One of the cardinals was identified by Vatican spokesman Matteo Bruni as Konrad Krajewski, 57, who manages the Pope's charities and is reportedly known as "the Pope's 'Robin Hood' for his work with the poor and the homeless."

According to the newspaper, Krajewski exhibited symptoms of pneumonia and is being treated at a hospital in Rome, while officials work to identify anyone he recently contacted. He is already "known to meet with the Pope regularly."

The other cardinal, the source reportedly said, is Giuseppe Bertello, the 78-year-old governor of the Vatican City, who is now believed to be in self-isolation at his home in the Vatican.

It is not immediately clear whether either of the cardinals attended an event on Monday, during which the Vatican's central administration exchanged Christmas greetings with the Pope, the newspaper notes, pointing out that the pontiff, "known for his love of getting close to the faithful, has rarely been seen wearing a mask" since COVID-19 hit Italy earlier this year.