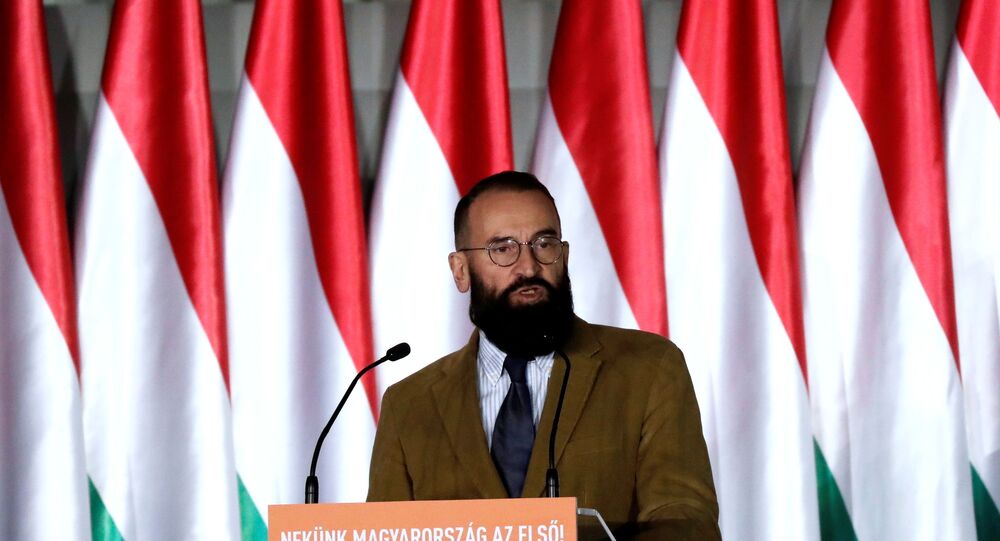 Jozsef Szajer, an MEP for Hungary's ruling Fidesz party, appeared to apologise for his "irresponsible" breaches of COVID-19 rules, but not for attending a sex party above a gay bar, denying that the ecstasy found in his bag was his.

A European Parliament member for Hungarian PM Viktor Orban's party has resigned after he was seen running away from a police raid on a sex and drug party at a gay bar in central Brussels, according to The Guardian.

The ruling Fidesz party MEP, Jozsef Szajer, an aggressive anti-gay lawmaker, attempted a daredevil escape from a first-floor flat above the Le Detour gay bar, around the corner from the Brussels town hall on the Rue des Pierres - where Google Maps images show local police park their cars overnight.

A spokeswoman for the Brussels Deputy Public prosecutor, Sarah Durant, said the suspect, identified only as "SJ (1961)" - Szajer's initials and the year of his birth - was found to be in possession of illegal drugs.

“The man’s hands were bloody,” Durant said. “It is possible that he may have been injured while fleeing."

Durant added that the high-profile conservative Hungarian lawmaker was unable to provide identity documents until police escorted him to his residence in the city, where he identified himself by his diplomatic passport.

The MEP resigned on Sunday, offering an apology for what he termed his "irresponsible" behaviour, but denying that he had taken any of the drugs that were found to be in his possession.

“A newspaper article appeared in the Belgian press today about a house party in Brussels on Friday, which I attended," he said in a statement. "After the police asked for my identity – since I did not have ID on me – I declared that I was an MEP."

“I did not use drugs.," Szajer claimed, adding, "I offered to the police to take an instant test, but they did not do it. Police said an ecstasy pill was found. It’s not mine, I don’t know who placed it and how. I made a statement to the police about this.”

Le Detour is directly across the street from one of many local pot shops in the city, the Beweed Cannabis Shop, according to Google Maps.

“There is nothing wrong to participate in a sex party of any kind," a source in the European Parliament quoted by The Guardian stressed, but "meetings with many people are illegal under the coronavirus laws. The fact of being covered by parliamentary immunity does not exempt anyone from obeying the law.”

Following his resignation, the MEP publicly apologised to his family, including his wife, Constitutional Court Judge Tunde Hando, and daughter - for breaking COVID-19 rules.

“I deeply regret violating the COVID restrictions – it was irresponsible on my part," Szajer said. "I am ready to pay the fine that occurs. With my resignation on Sunday I drew the political and personal consequences."

Szajer took credit for personally drafting significant changes to Hungary's constitution in 2011, including a clause that "Hungary shall protect the institution of marriage as the union of a man and a woman".

“Steve Jobs will surely be happy when he gets word that Hungary’s new constitution is being written on an iPad, actually my iPad,” Szajer wrote in his blog at the time.