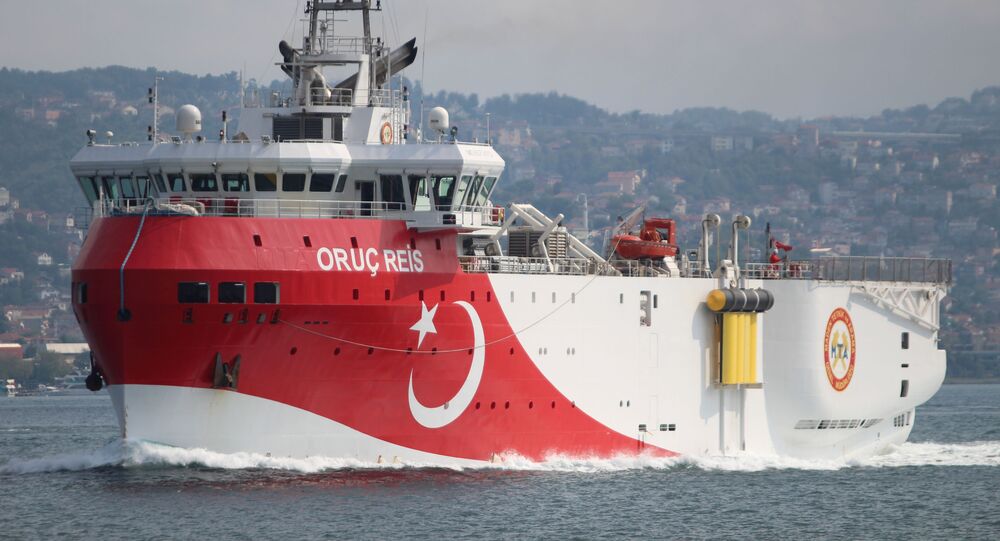 ANKARA (Sputnik) - Turkey's Oruc Reis vessel ended its seismic exploration mission in the Greek-claimed waters of the Eastern Mediterranean and returned to the port of Antalya on Monday, less than two weeks before the EU leaders' summit, the Turkish Energy and Natural Resources Ministry said.

"Our seismic research vessel Oruc Reis has completed seismic surveys at the Demre field that began on August 10 and returned to the port of Antalya," the ministry said in a statement.

Since August, Ankara has been regularly issuing Navtex advisories on seismic research in the disputed areas, including in waters near the Greek islands of Rodos and Kastellorizo, angering its European neighbors. The latest Navtex notification expired on Sunday.

© Sputnik / Turan Salcı
Protesters Gather Near German Embassy in Ankara Over Turkish Ship's Search in Mediterranean - Photos
Greece has repeatedly condemned Turkey’s actions in the Eastern Mediterranean and claims the area as its exclusive economic zone. According to Ankara, Oruc Reis’ research was conducted on Turkey’s continental shelf.

Withdrawal of the vessel comes before the European Union summit that includes sanctions on Ankara on its agenda. The EU leaders will meet on December 11-12.

German Foreign Minister Heiko Maas has confirmed that the bloc may discuss countermeasures against Turkey amid tensions in the Eastern Mediterranean.