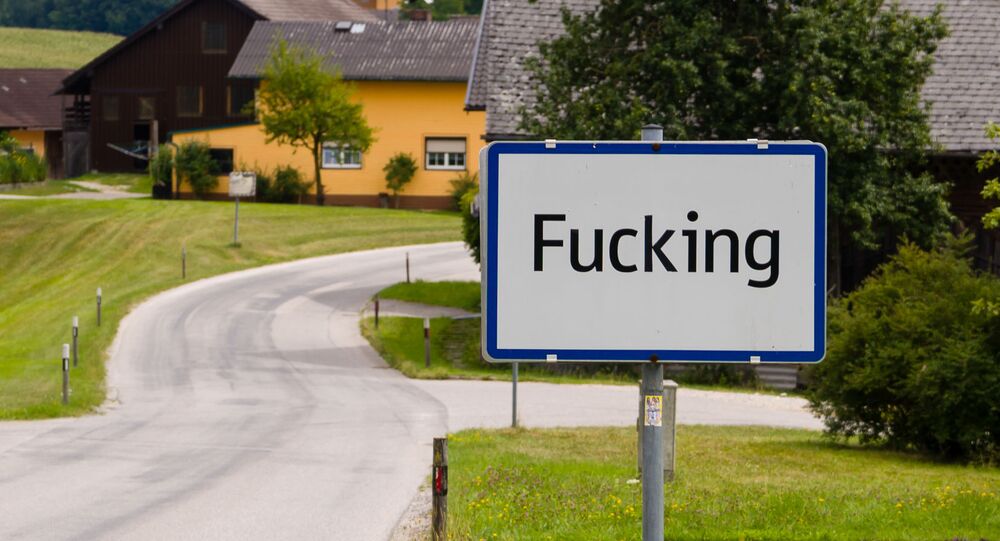 The original name of the small village has no special meaning or any connotations in German, while the new toponym will better reflect its pronunciation in the local accent.

The Austrian village of Fucking (pronounced fooking in Standard German) will change its name to Fugging on 1 January 2021, Mayor Andrea Holzner told the broadcaster Oe24 Thursday.

The move to rebrand the village comes amid complaints by locals, whose serene and peaceful rustic life has been disturbed by tourists arriving to take photos of the road sign or even try to steal it.

The hamlet in Upper Austria, with a population of just 104 people, according to 2005 data, is believed to have received its peculiar name from a Bavarian nobleman named Focko who lived in the 6th century.

The new name - Fugging - will closer match the actual pronunciation of the village name, yet it will coincide with another village named Fugging in Lower Austria, that similarly changed its name from Fucking in the 19th century without stating any official reason for the relabelling.