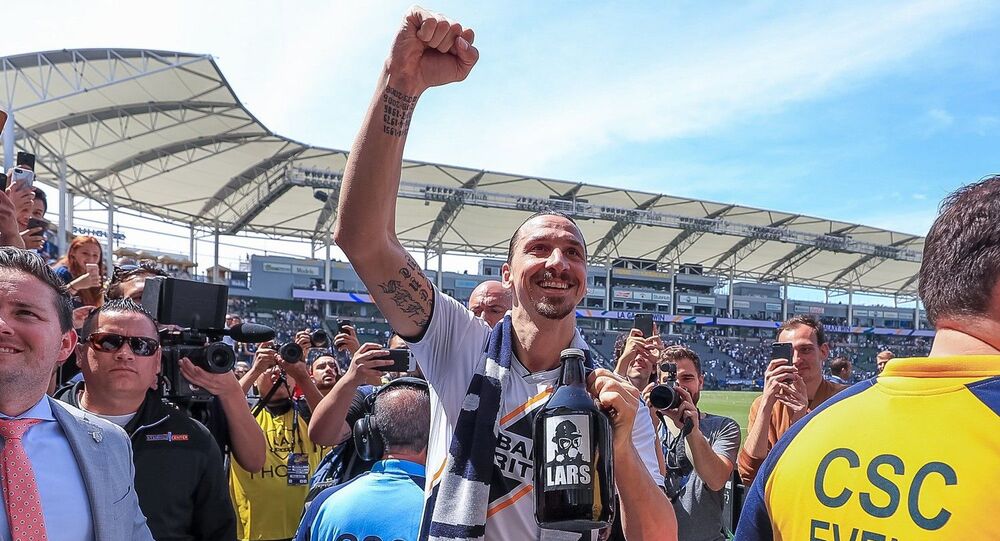 Earlier this week, the footballer said he was not aware of being a member of the FIFPro organisation and claimed that neither EA nor FIFA could legally use his image rights.

EA Sports has responded to Zlatan Ibrahimovic's claims by pointing out that the company has contractual rights to include the likeness of all players in the game, the Dutch NU.nl website quoted an EA representative as saying.

Zlatan Ibrahimovic has taken to Twitter and blasted EA for using his image rights and exploiting his personality in order to make money.

According to EA, the license rights-related issue has nothing to do with the company, as all image rights are reserved by the International Federation of Professional Footballers (FIFPro), which has been in charge of managing the rights between the organisation, players, and their representatives for years. At the same time, EA said it could use the images under its legal agreement with FIFA.

In order to negotiate player’s image rights the FIFPro manages control over both commercial and image rights, - which include a player’s name, likeness, physical details, voice and even autograph, - on behalf of football players. The organisation consists of 65 national associations, including Sweden.

Thus, even though Ibrahimovic did not know he was a member of FIFPro, his membership in Sweden’s national football association automatically enlisted him in the organisation.

This is not the first rights-related issue in the football world. Welsh professional football player Gareth Bale has voiced concerns over the same issue. Bale’s agent told The Guardian that they would consider legal action against EA as “FIFA are coming out with lots of rules and regulations saying that they are looking after the best interests of players but obviously they don't", he said.