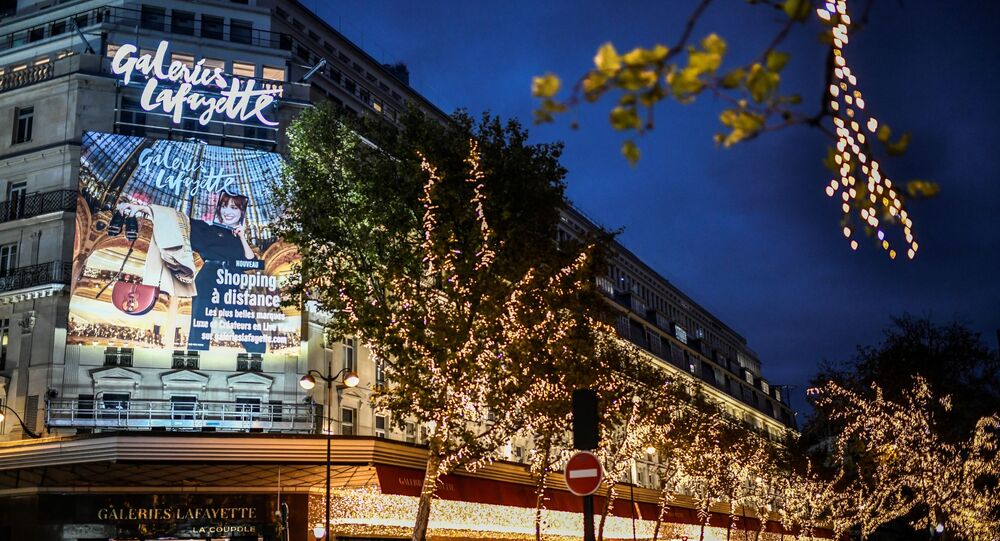 MOSCOW (Sputnik) - The revenue of Galeries Lafayette, France's major department store chain, is expected to decrease by half due to the coronavirus crisis, the group's managing director, Nicolas Houze, told the BFM Business broadcaster on Friday.

"Our revenue figures for this year will fall by half ... The store traffic [will return to pre-crisis levels] in 2024", Houze said, blaming such forecasts on the health crisis, which caused the closures of stores for months, something never seen by the company.

The company official also said that over 60 percent of the company's flagship store are international tourists, which makes the situation for Galeries Lafayette especially difficult, as the pandemic has hit tourism and trade sectors particularly hard, including due to travel restrictions.

In this regard, Houze went on, the next year will also be tough in terms of revenue losses, and only 2022 is likely to mark the company's return to the break-even point.

The store chain was founded in 1893, with its flagship store located in Paris, and other departments operating in other parts of France and abroad. In 2009, it has earned over a billion euros (more than $1,187 billion).

The second coronavirus outbreak in France erupted in early fall and significantly intensified in October, prompting the government to introduce another nationwide lockdown starting 30 October and last until at least 1 December. Apart from travel restrictions, the government has also ordered for closures of non-alimentary shops, businesses and public facilities to curb the spread of the virus.