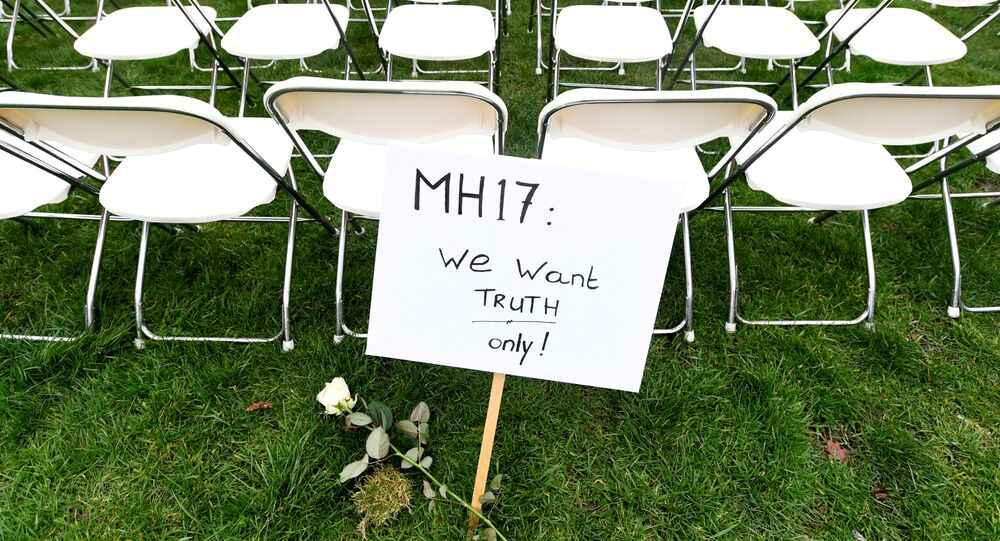 MH17 Hearing Continues in the Netherlands

On Thursday, Dutch prosecutor Thijs Berger said that the MH17 prosecution team believes it is essential to retain the anonymity of the witnesses in the case of downed Malaysia Airlines flight MH17 in 2014 to ensure their safety.

Sputnik comes live from Badhoevedorp in the Netherlands, where the MH17 criminal trial continues at the Schiphol Judicial Complex (JCS).

The hearing on the criminal case resumed on Thursday when Sabine ten Doesschate, defending Russian citizen Oleg Pulatov, claimed that the anonymity of the witnesses hinders the assessment of their testimony's reliability, as no one, including the judges, was aware of their background.

The prosecution team, however, retaliated saying that the anonymity of the witnesses is necessary to ensure their safety.

MH17 was shot down on 17 July 2014, in eastern Ukraine on its way to Kuala Lumpur from Amsterdam. All 298 people aboard died. Pulatov is one of four defendants, along with Igor Girkin, Sergey Dubinsky, and Leonid Kharchenko, at present on trial at a court in the Netherlands in relation to the incident.

The Joint Investigative Team (JIT), which is examining the case, believes that the Boeing was shot down with a weapon belonging to a Russian military unit. The JIT, headed by the Dutch prosecutors, does not include Russian representatives.

Russia said that it provided the Netherlands with radar data and documents proving that the missile that hit the plane belonged to Ukraine and was launched from territory controlled by Kiev. However, this information was not taken into account. The Russian Foreign Ministry called the JIT accusations against Moscow one-sided and regrettable.