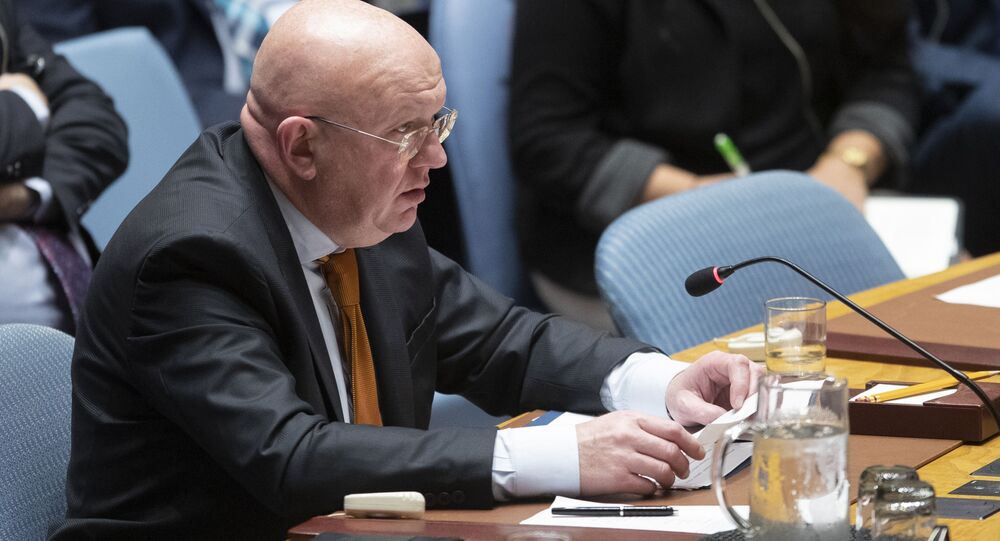 Moscow May Initiate Discussion of Navalny Case in UNSC, Others Will Not Like It - Envoy to UN

NEW YORK (Sputnik) - Moscow may initiate the discussion of the case of Alexey Navalny in the UN Security Council, but other UNSC members are unlikely to find it pleasant, Russia's Ambassador to the United Nations Vassily Nebenzia told Sputnik.

Germany has claimed Navalny, who suffered an acute health condition in August, was poisoned with a toxin from the Novichok group, but failed so far to provide any of the requested information and materials to Russia with regard to the Navalny case.

"We are ready, we are not afraid, we are not hiding anything. If they want to discuss it [at the UNSC], let them. We might initiate it ourselves — the conversation will not be very pleasant for them", Nebenzia said.

The diplomat said that this was a hypothetical possibility at the moment, but Russia was prepared to have any kind of conversation.

"We are sometimes accused of trying to avoid the conversation — and that's not true", Nebenzia said.

At Moscow's request, the Organisation for the Prohibition of Chemical Weapons sent a technical mission to assist the Russian investigation, which ended up confirming the presence of traces of a toxic substance in Navalny's samples, albeit not one registered by the organization as prohibited.

The 44-year-old fully recovered from the suspected poisoning with a military-grade nerve agent and was released from the Berlin-based Charite hospital on September 23, a month after his hospitalisation.