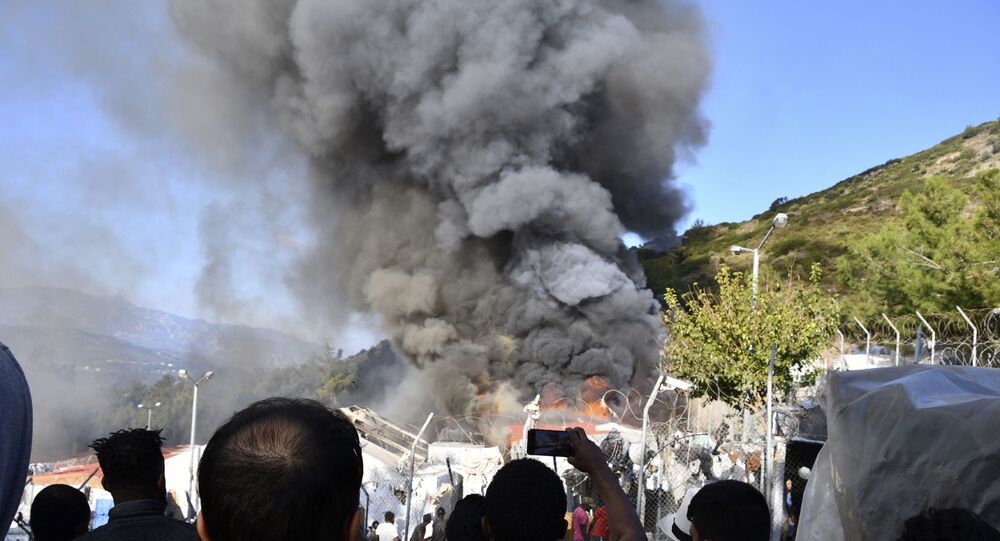 Second Fire Breaks Out at Migrant Camp on Greece's Samos Over Past 10 Days, Reports Say

MOSCOW (Sputnik) - A fire has broken out at a migrant camp on the Greek island of Samos, the second blaze to hit such a facility over the last 10 days, Greece's Kathimerini newspaper reports on Wednesday.

Citing the local fire department, the newspaper said that the blaze was quickly extinguished as 18 firefighters responded to the incident on Wednesday morning.

The cause of the fire has not yet been determined, the newspaper said, adding that there was also no information on the number of migrant tents that had been destroyed by the blaze.

​Officials on Samos reported a similar fire at a migrant camp on 2 November. At that time, the Greek Migration and Asylum Ministry said that 15 tents were destroyed.

A series of large blazes destroyed Greece's largest migrant camp, Moria on the island of Lesbos, back in September. The Greek authorities said that the fires were deliberately started by the camp's residents.

According to the UN Refugee Agency, approximately 19,600 migrants and refugees are resident on Greece's Aegean islands as of November 8.