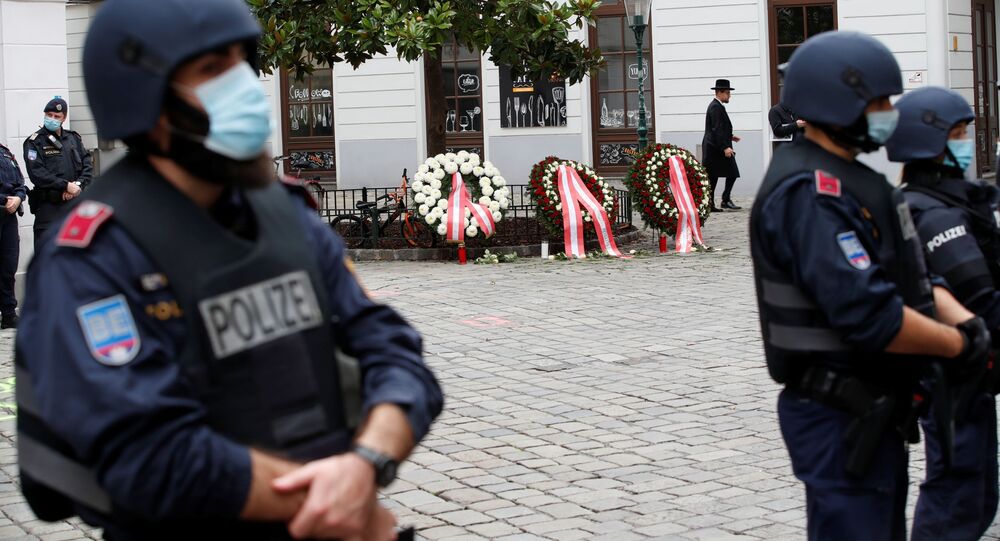 Four civilians were killed and 22 more wounded following a shooting spree that took place in Austria’s capital on Monday which was later described by the authorities as a terrorist attack.

Watch a live broadcast from Vienna where people are gathering for a rally in honour of the victims of the deadly attack that shook the Austrian capital on 2 November.

Organised by a Democratic and Inter-religious alliance, the rally calls to end "Islamisation and right-wing radicalism".

Four people were killed and twenty-two were injured when an armed man went on a shooting spree in central Vienna on Monday evening. The attacker, who was later identified as 20-year-old Kujtim Fejzulai, was shot and killed by police special forces about nine minutes into the attack.

As it was revealed later, the attacker had dual citizenship: in Austria and North Macedonia. He was known to authorities for being sympathetic to Islamist extremism and was arrested and sentenced to 22 months in prison in April 2019 after attempting to travel illegally to Syria to join Daesh*. He was released early in December 2019 as the authorities believed that he had been deradicalised.

*Daesh (IS/ISIL/ISIS) is a terrorist organisation banned in Russia and many other countries.