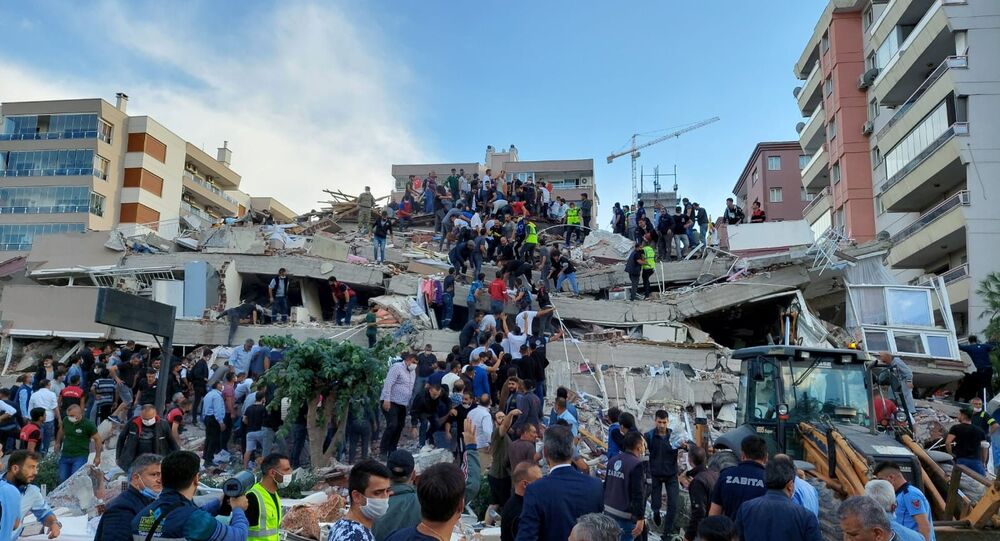 Major damage has been reported following a strong 6.6-magnitude earthquake that hit Greece and Turkey on Friday.

According to the seismological laboratory of the University of Athens, the epicentre was located 24 kilometres (14.9 miles) to the north-west of the island of Samos at a depth of 10 kilometres.

The earthquake was also felt in Athens.

At the same time, the Turkish Disaster and Emergency Management Presidency (AFAD) has stated that an earthquake of the same magnitude was felt along Turkey's Aegean coast.

The epicentre was located some 17 km (11 miles) off the coast of Izmir province, at a depth of 16 km, AFAD added.

According to Turkish media reports, tremors could be felt in numerous provinces in the country's west, as well as in Istanbul.

Izmir’s Governor Yavuz Selim Köşger has issued a statement saying that up to 20 buildings have been destroyed in the province and that a crisis centre has been established to investigate the matter.

"We have received information that several buildings in the districts of Buca, Bayrakli and Bornova were destroyed", Bugra Gokce, a spokesman for the mayor of the city of Izmir, said.

​The mayor of the Bornova district in Izmir, Mustafa İduğ, has stated that "there are many destroyed buildings in the area. We know that a four-story building has collapsed. There are no problems in the centre of the district".

Interior Minister Suleyman Soylu has stated that rescue teams are working at the sites of the destroyed buildings.

According to local media reports, aftershocks of magnitudes between 3.9 and 4.8 are still occurring.