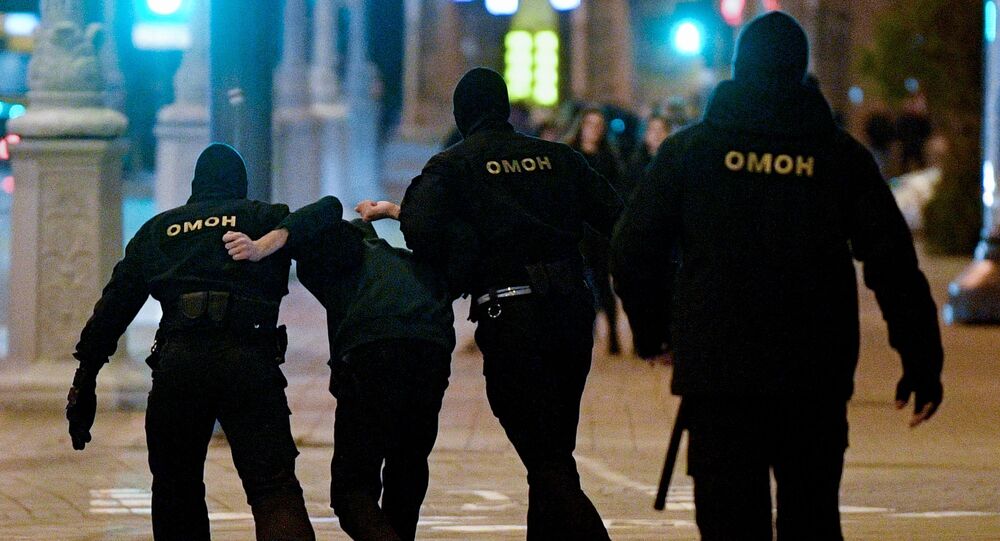 "They are already coming to railroads and starting blocking automatic systems and locking rails, how else can we assess this? This can result in serious incidents on the railroad, catastrophes and multiple fatalities. These are actions by organized criminal gangs, with signs of terrorism. We begin to encounter terrorism threats," Lukashenko said at a meeting focusing on preparations for the All-Belarusian People's Assembly, as quoted by the state-run news agency Belta.

Mass protests have been occurring in Belarus since presidential elections in August. According to the authorities, President Alexander Lukashenko gained 80.1 percent of the vote, however, the opposition claimed that Svetlana Tikhanovskaya, not Lukashenko won the election, and accused the president of committing election fraud.

Tikhanovskaya announced a 'people's ultimatum' for the authorities, stressing that all of the country's companies would go on strike if the opposition's demands were not met by October 25.