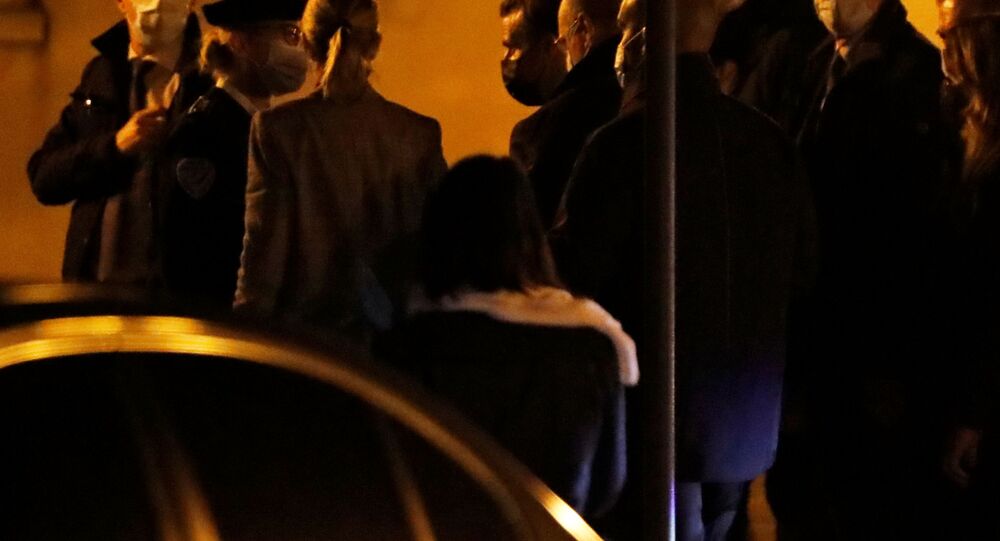 The school teacher was beheaded near Paris and according to media reports, had previously received threats from parents of his students and had even reported them to the police.

French President Emmanuel Macron said on Friday that the attack on the history teacher, which took place earlier in the day, was a murder of history.

Macron called the perpetrator a terrorist who wanted to attack the Republic. He added that terrorists will not divide France and obscurantism will not win in the country.

"They shall not pass", the French president posted on Twitter later.

Earlier in the day, police shot dead the suspect who beheaded the middle school teacher in the commune of Eragny. According to media reports, the man also had a shotgun and a vest stuffed with explosives. The anti-terrorist department of the prosecutor's office joined the investigation of the murder.

French Education Minister Jean-Michel Blanquer has also characterised the murder as an attack against France. "Our unity and solidarity are the only answers to the cruelty of Islamic terrorism. We will fight back", he tweeted.

The perpetrator was the parent of one of the students of the victim, who taught freedom of speech and showed cartoons with the Islamic Prophet Muhammad to his students, according to French media.