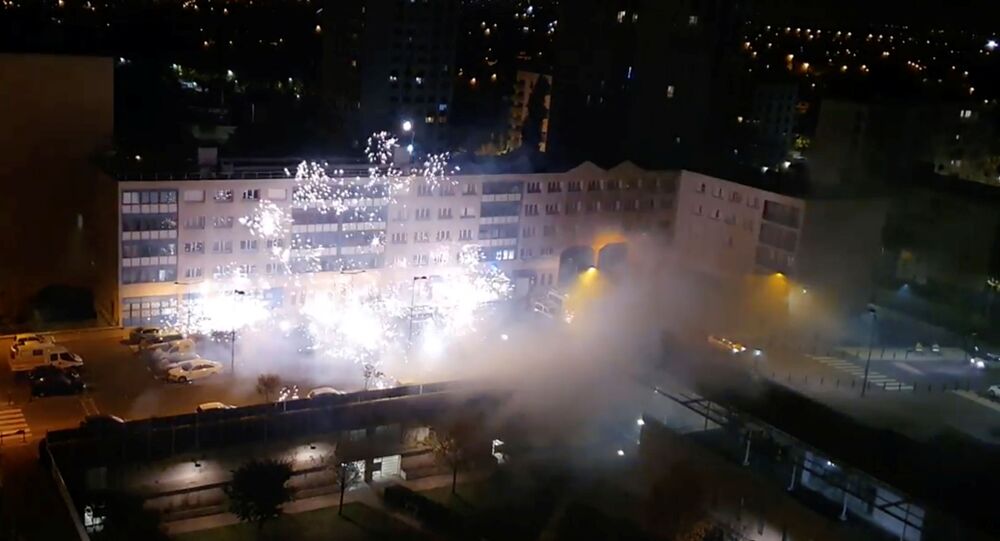 The latest attack on the police station, located about nine miles southeast of central Paris in a housing estate area known for drug trafficking and deemed by authorities as a place to be restored, is said to be the third in two years.

French authorities are investigating a Saturday night attack on a Paris police station by a group of about 40 people who used fireworks and metal bars, according to the the Paris Police Department.

Although no injuries were reported, two police cars and three vehicles seized for investigation were damaged, and several windows of the building were broken, as attackers attempted to break into the station but were ultimately unsuccessful.

“Violent attack last night on the police station of Champigny with mortar shots and various projectiles. No police officer was injured,” the police department said in Sunday tweet.

The reason behind the attack has not yet been made clear, as no attacker was detained.

The Champigny mayor, Laurent Jeanne, suggested that the violent attack could be in reaction to a recent scooter accident that has been blamed on police by district residents.

“It was an organised attack of about 40 people who wanted to do battle. For a few days it has been tense with people who have a certain willingness to do battle with the police,” Jeanne told BFM TV.

Interior Minister Gerald Darmanin, who visited the vandalized police station in the wake of the attack, blamed the attack on “little gang leaders”, as the district is well known for drug trafficking and is thought to be a high priority district in which order mus be restored.

“Little gang leaders don't impress anyone and they will not deter our work fighting drug trafficking,” Darmanin tweeted on Sunday. “Full support for our police officers who are doing a difficult job.”

Darmanin said during an interview with Le Parisien that he intended to ban the sale of mortars to the public, arguing that “these are weapons by definition whose sale and use must be penalized”.