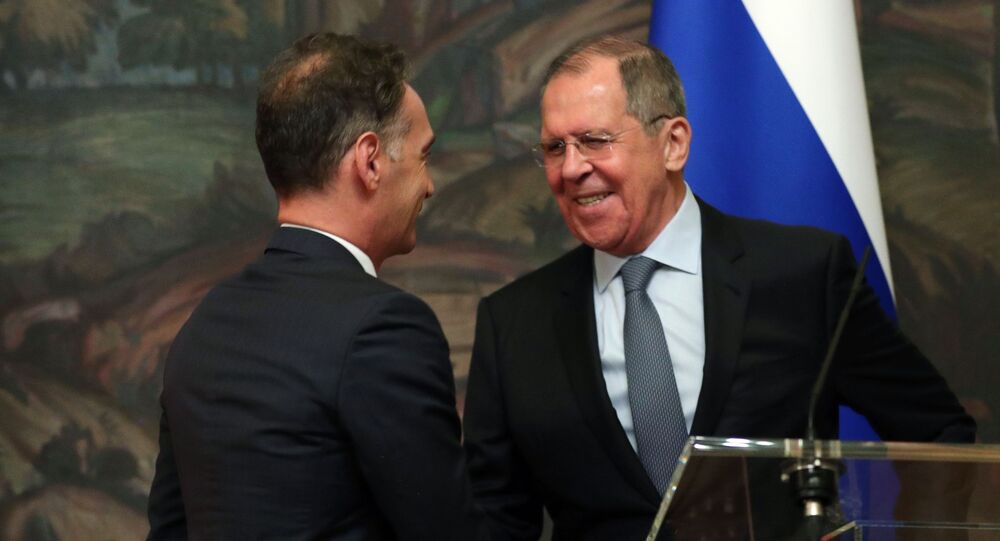 "The focus was on the state and prospects of Russian-German relations, as well as building bilateral and international cooperation amid the situation around Navalny", the statement says.

The ministry stressed that the Russian side had confirmed its readiness for cooperation on this issue.

"It was again indicated that Moscow continued to wait for the reaction of the German competent authorities to the requests of the Prosecutor General's Office dated 27 August and 14 September this year, sent in accordance with the European Convention on Mutual Assistance in Criminal Matters of 20 April 1959 and the Additional Protocols thereto of 17 March 1978 and 8 November 2001, on the provision of legal assistance, primarily in relation to the transfer of biomaterials, test results, clinical samples and medical documents necessary to conduct a thorough, comprehensive investigation of the causes of the disease and hospitalization of Navalny, for which Western colleagues are calling in the public field", the statement says.

The ministry recalled that the corresponding position had also been brought to the attention of French President Emmanuel Macron during his phone conversation with Russian President Vladimir Putin on 14 September.

"Further evasion from satisfying these requests will be regarded as a lack of desire among partners to help establish the truth within the framework of an objective and comprehensive investigation of the incident", the ministry said.

"Lavrov urged his colleague to refrain from further politicizing the situation with Navalny. At the same time, it was said that we could not be satisfied with references to the 'independence' of the justice authorities and the need to hold approvals with Navalny himself or with his relatives and friends, which are used in contradiction with the said Convention as obstacles to the admission of Russian criminologists and doctors to the materials available in Germany on his illness and treatment", the statement says.

"As for the Organisation for the Prohibition of Chemical Weapons (OPCW), to which Germany is referring Russia in this case, the use of its platform by the German side to clarify it should not serve as an obstacle to building bilateral cooperation both within its framework and through the well-established generally accepted legal assistance channels, as required by the obligations of the parties under the 1959 European Convention on Mutual Assistance in Criminal Matters and the protocols thereto", it says.

At the same time, the ministers agreed to continue the dialogue on these and other issues of the Russian-German and international agenda.

© Sputnik / Alexey Kudenko
Kremlin Spokesman on Navalny: Any Russian Citizen Has Right to Return to Home Country
The German government has said doctors found traces of a nerve agent from the Novichok group in his system. Moscow responded by pointing to the lack of evidence in Berlin's claims and noting that Russian doctors had found no toxic substances in Navalny.

On Monday, the Charite hospital said that the condition of Navalny, who is there undergoing treatment after falling ill in Russia last month, was continuing to improve, and he was no longer on a ventilator and could get out of bed.