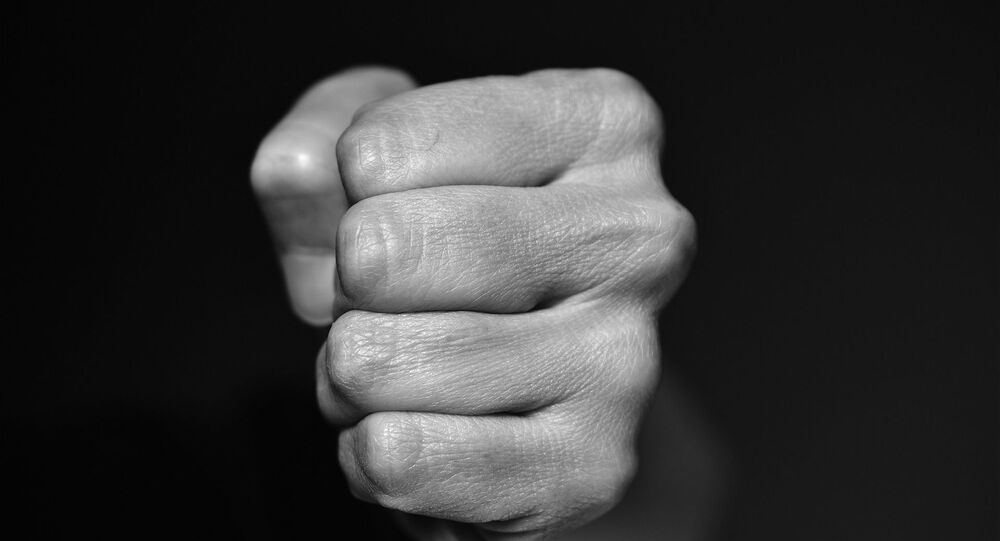 The unprovoked attack is reminiscent of the so-called “knockout game”, a violent challenge in the US and across Europe involving rendering an unsuspecting victim unconscious with a single sucker punch. The phenomenon has been associated with serious injuries and even death.

In a shocking video that has been circulating in Sweden, a man who appears to be of non-Swedish ethnic origin approaches a passing woman and knocks her unconscious with a single punch, without warning.

As the victim falls prostrate to the ground, the man filming the incident is heard laughing in the background.

Neither the timing nor the location of the incident has been established yet. The video tagged @Aliballotellii was originally spread on Instagram, but the account was later disabled.

The news outlet Samhällsnytt reported, citing own tip-offs, that the abuser is called Ali, is his 20s, and lives in Malmö's ethnic enclave of Rosengård, which is officially known as a “vulnerable area”. This is not the first time he has exposed innocent people to this type of attack.

​The video has sparked an angry outcry on social media. Many ventured that the attack was “cowardice personified” and called it “disgusting” and the attackers “savages”, venturing that the culprit had “zero empathy and probably brain cells as well” and thus “didn't belong on Swedish streets”.

“Ali from Rosengård is waiting for a fair-haired girl who comes walking on the sidewalk. He swings a punch, without warning, with full force against the girl's head. His pal films, laughs & cheers on Ali. The creeps don't belong in Sweden, send home the clan,” one livid user wrote.

​“Imagine the newspaper headlines if these were a Swedish guy and a Muslim woman”, another one mused.

​“Yes, but she provoked the poor Muslim when she went without her man, because this has been the custom since time immemorial in Sweden,” another one wrote sarcastically.

​“She shows her hair and walks alone without a man. That’s provocation enough for a certain type of immigrants”, another one mused.

She shows her hair and walks alone without a man. That’s provocation enough for a certain type of immigrants.

​“One-way ticket!” another one demanded.

​“There will soon be guerillas on the streets who take care of such... really annoying people”, another one predicted.

​The unprovoked attack reminds of the so-called “knockout game” or “happy slapping”, a challenge recorded in the US and across Europe in which a person (with others acting as accomplices or lookouts) attempts to knock out an unsuspecting victim with a single sucker punch. Serious injuries and even deaths have been attributed to the knockout game.