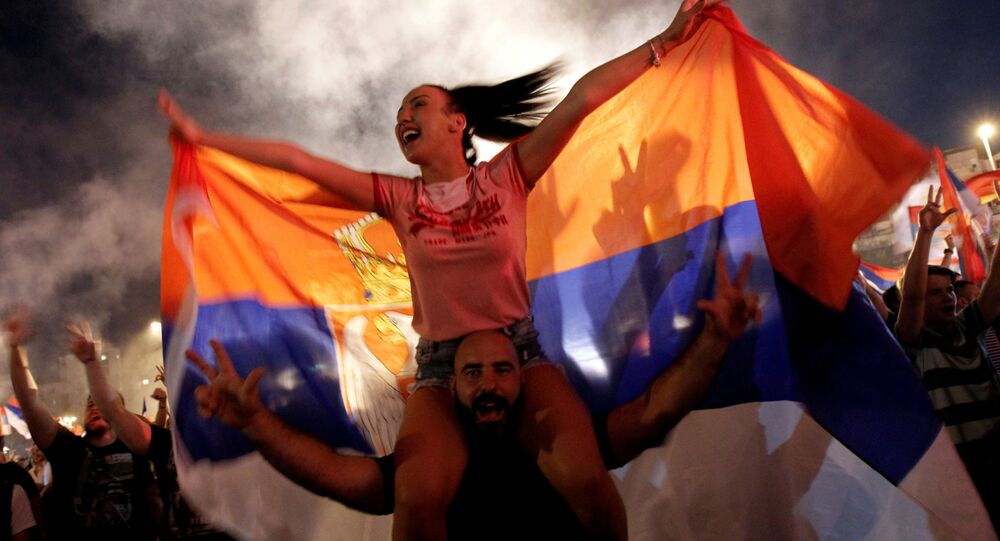 PODGORICA (Sputnik) - Montenegrin opposition coalition Black on White, formed around the  URA movement along with other opposition forces, is striving for political changes in the country and will not cooperate with President Milo Djukanovic’s ruling Democratic Party of Socialists (DPS), general secretary of the coalition Mileta Radovanic said.

"We have already done a historic thing - Montenegro has not changed the regime in free elections for 30 years. In fact, in our entire history we have never changed power in elections ... As for Mr. Djukanovic and a possible invitation to cooperation from the DPS, we have not yet received it officially, we have seen it in the media. But in all our rhetoric and election campaign, we acted as an opposition party and asked citizens to vote for change. And if we are now that weight on the scales ... of course, we must comply with the will of citizens who have shown that they are seeking changes," Radovanic said.

He recalled that three main opposition structures had already held a preliminary meeting and agreed on key principles of cooperation.

"First of all, we must start fundamental reforms that will speed us up and bring us closer to the EU. The second thing is the formation of an expert government, and the third one is to revise and amend all discriminatory laws, including the controversial law on freedom of religion. The fourth point is that the new government will continue to respect all international obligations, including membership in NATO," the politician added.

According to the results of Sunday's parliamentary elections in Montenegro, three blocs of opposition forces — For the Future of Montenegro, Peace is Our Nation and Black on White — won a combined majority of 41 seats in the 81-seat legislature, while DPS only gained 30 seats. On Wednesday, DPS expressed readiness to form a parliamentary majority without radical pro-Serb opposition, indirectly inviting the Euro-reformist URA movement to cooperate.

The outcome of the general elections was recognized as legal by NGOs monitoring the vote, as well as an OSCE mission and the UK and US embassies in the country.