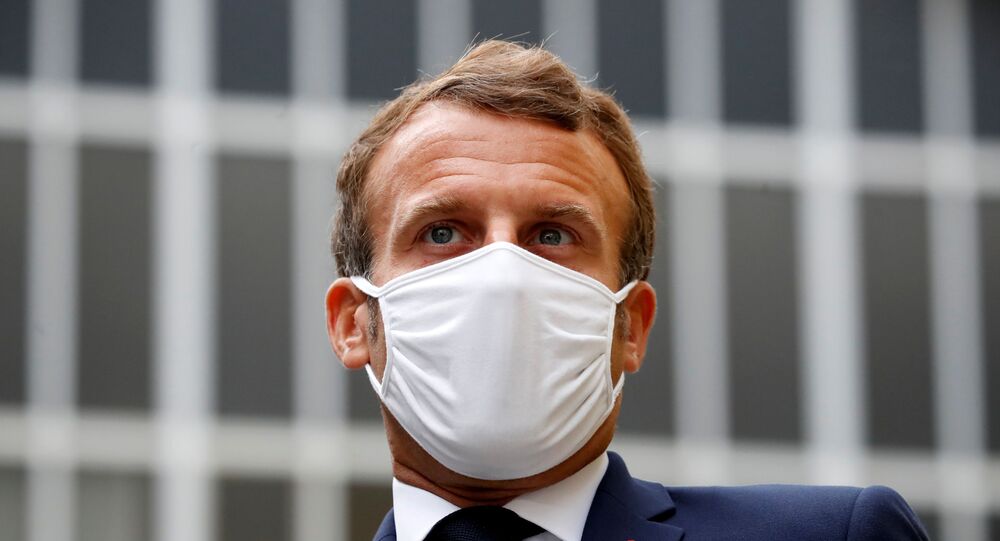 Valeurs Actuelles magazine editor Tagdual Denis denied the story was racist but only a work of fiction. “What I regret is that we are always accused of racism," he said, adding: "We are politically incorrect, it’s in our DNA.”

A conservative French magazine has provoked condemnation from politicians for its portrayal of a black left-wing MP as a slave.

That was in response to the artwork illustrating a seven-page story in the latest edition of Valeurs Actuelles.

In response to the publication, Obono tweeted the comment: "The extreme right – odious, stupid and cruel. In brief - like itself."

© AP Photo / Lionel Cironneau
Former Charlie Hebdo Columnist: We Hope to Avoid Creation of ‘French Islamic Republic’
Other politicians laid into the magazine. Prime Minister Jean Castex said it was a "revolting publication that calls for clear condemnation" and told Obono he shared her indignation and that she had the government's backing.

"One is free to write a putrid novel within the limits fixed by the law. One is free to hate it. I hate it," said Justice Minister Eric Dupond-Moretti.

Even the far-right National Rally party, formerly known as the National Front, condemned the story, with official Wallerand de Saint-Just saying it was "in absolute bad taste."

Anti-racist group SOS Racisme said it was mulling what legal measures could be taken to counter hate speech.

But Valeurs denied the story was racist, calling it "a work of fiction... but never nasty."

Deputy editor Tagdual Denis told BFM television on Saturday that the image was not designed to offend Obono, adding: “What I regret is that we are always accused of racism... we are politically incorrect, it’s in our DNA.”

In recent months Black Lives Matter protesters have joined the regular Yellow Vests demonstrations on the streets of French cities.

France Unbowed was formed in 2017 under the leadership of former Socialist Party member Jean-Luc Melenchon. He came a close fourth to Macron in the first round of that year's presidential elections, which came down to a run-off between Macron and National rally leader Marie Le Pen.

Satirical French magazine Charlie Hebdo has also drawn allegations of racism over the years for its provocative cartoons, including one in 2014 under the headline "Boko Haram's sex slaves are angry," showing four pregnant African Muslim women shouting: "Don't touch our benefits!" Another depicted French Guayana-born former justice minister Christiane Taubira, a black woman, as a monkey.

Charlie Hebdo was targetted by to Islamist gunmen in a 2015 attack on its office that left 11 staff dead, including five cartoonists.