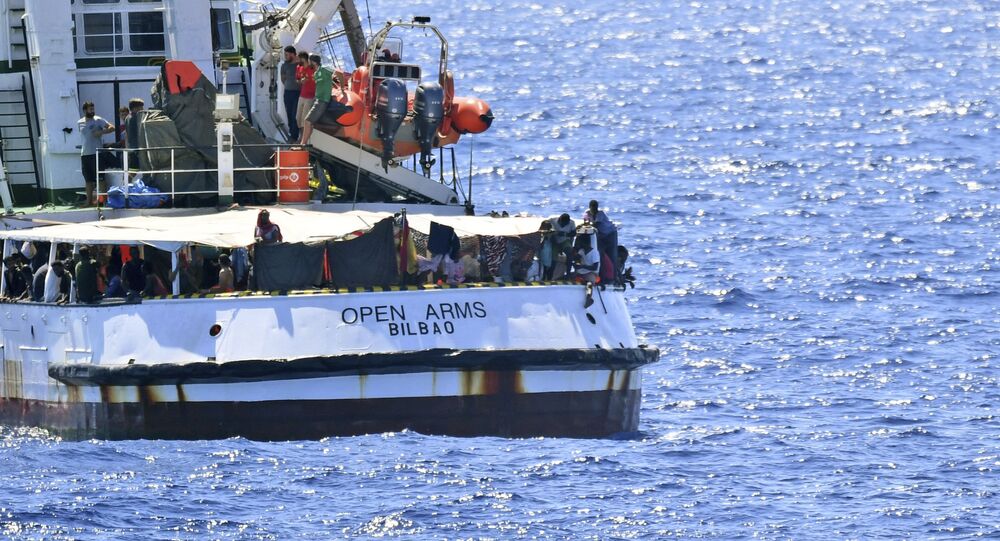 MADRID (Sputnik) - Spain has broken up two criminal rings that were involved in smuggling undocumented migrants to France, the national police said on Friday.

Africans, who reached the southern part of Spain, were first transported across the country to the town of Irun, located in the Basque Autonomous Community on the border with France. Then, they were sent by car, train, or passenger bus to Bayonne in the French Basque Country.

The ring members are believed to have transferred hundreds of migrants to the neighbouring country this way.

© AP Photo / Emilio Morenatti
Migrants and refugees are assisted by members of the Spanish NGO Proactiva Open Arms, as they crowd aboard a boat sailing out of control in the Mediterranean Sea about 21 miles north of Sabratha, Libya, on Friday, Feb. 3, 2017. European Union leaders are poised to take a big step on Friday in closing off the illegal migration routes from Libya across the central Mediterranean, where thousands have died trying to reach the EU, the EU foreign affairs chief Federica Mogherini said.

The criminal groups were independent, but they interacted with each other. They charged 200 euros ($236) per person, sometimes receiving money when migrants were still in Morocco.

In total, fifteen people linked to the criminal rings have been detained across Spain, with two leaders remanded in custody.