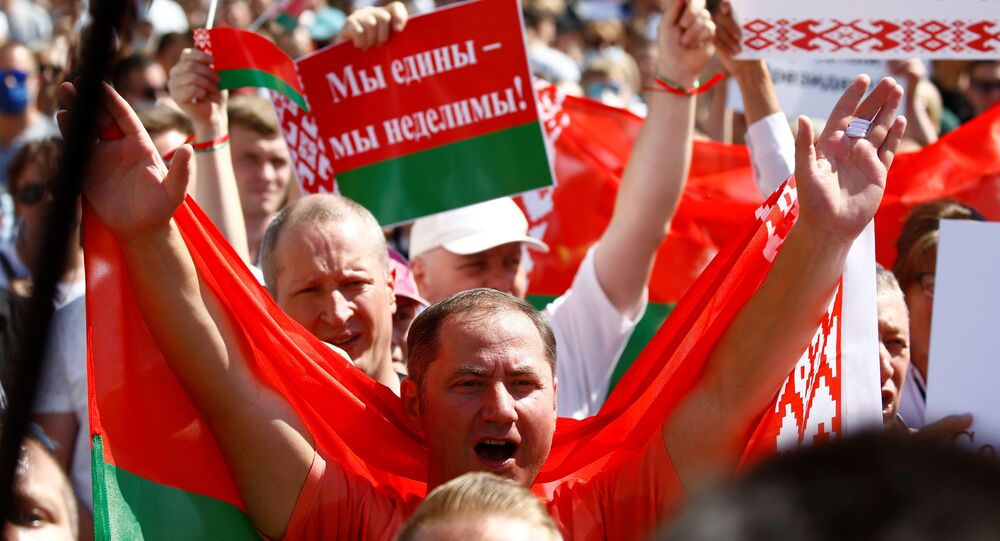 Belarus has held a highly contested presidential election. Incumbent President Alexander Lukashenko declared victory with over 80 percent of the vote, paving the way for his sixth term since he assumed office in 1994. The results of the vote sparked mass protests and strikes across the country.

Russian President Vladimir Putin and his Belarusian counterpart Alexander Lukashenko have discussed the situation in Belarus taking into account the pressure exerted on the republic from outside, the Belta news agency reported on Sunday, citing Putin and Lukashenko's telephone conversation.

President Putin reaffirmed his committment to aid Belarus in resolving its problems via the Collective Security Treaty. The two politicians held a similar phone conversation the previous day.

The phone talk comes as two rallies are taking place on Sunday in Minsk: one in support of the government and the other opposing it.

Earlier in the day, former Belarusian presidential contender Valery Tsepkalo, who fled the country in July, arrived in Ukraine with plans to move to Warsaw with his family, where he will meet with high-ranking officials from Washington, his campaign office revealed.

Belarus has been engulfed in protests since the results of the presidential election in the country were announced. Incumbent President Alexander Lukashenko claims to have won over 80 percent of the vote amid widespread accusations of vote-rigging. Over 6,500 people have been arrested, and hundreds injured, including more than 120 law enforcement officers in the ensuing demonstrations. One person has died in the protests so far.