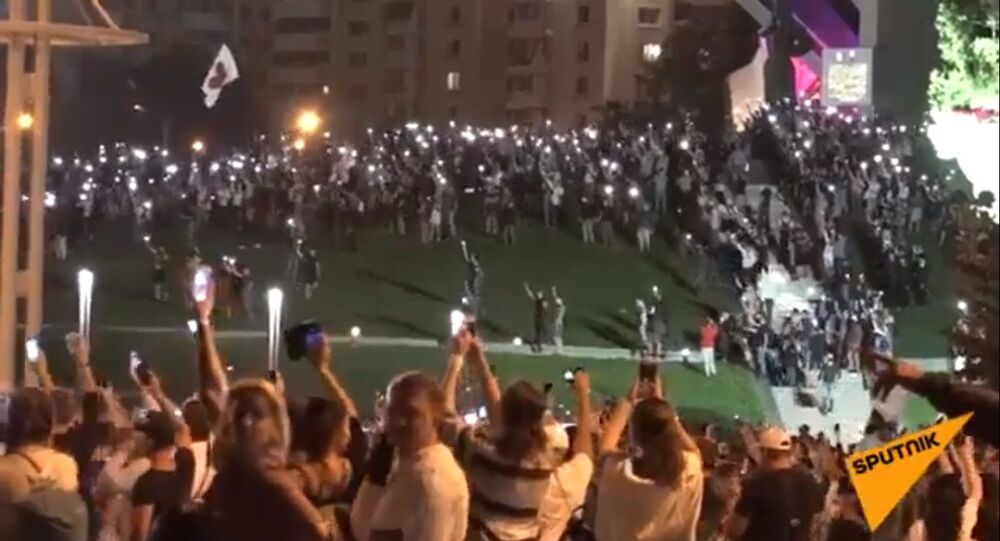 A large crowd of citizens, dissatisfied with the exit poll on Sunday, have been gathering for an unauthorised rally at Victory Square in Minsk.

Officers carrying shields and batons then lined up to push the protesters back. Two water cannon vehicles moving ahead of the police column also periodically doused the protesters with water.

According to the correspondent, there have also been clashes between protesters and riot police.

Witnesses on the scene said dozens of protesters have reportedly been arrested. Several ambulances were earlier sent to the site of the protests.

Meanwhile, demonstrators have started to erect barricades of dumpsters in the centre of Minsk, after police pushed them back from the stela Minsk Hero City.

The exit polls and first data from polling sites showed that Lukashenko is set for a landslide victory with about 80 percent of votes. The opposition claims that falsifications took place during the vote.