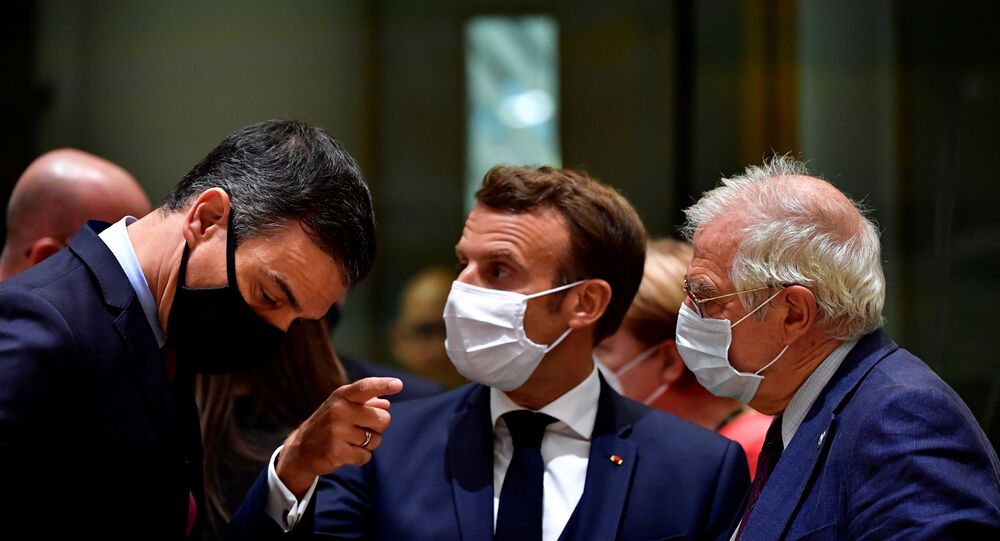 BRUSSELS (Sputnik) - The EU leaders resumed plenary discussions at 9:30 pm local time (19:30 GMT) on Monday as the summit continued into an unplanned fourth day due to strong differences over a COVID-19 recovery fund and a long-term budget.

"Good evening and welcome back to EUCO on MFF and Recovery Fund. @eucopresident has just started the plenary discussions with EU27", spokesman of the European Council President Barend Leyts wrote on Twitter.

Good evening and welcome back to #EUCO on #MFF and Recovery Fund. @eucopresident has just started the plenary discussions with #EU27 pic.twitter.com/i2IIFJGufm

Initially, the EU27 planned to hold a plenary meeting at 4 pm, but it was repeatedly pushed back, as European Council President Charles Michel tried to hammer out a compromise at consultations with member states.

Ahead of the plenary session, Michel said that he would offer new proposals on the EU's long-term budget and the recovery plan, describing it as the "fruit of lots of collective work".

Initially, it was planned to include 500 billion euros in grants and 250 billion euros in loans for EU nations. The so-called Frugal Four group of European countries — Austria, Denmark, the Netherlands, and Sweden — opposed the plan, insisting that money should be issued in the form of loans rather than grants.