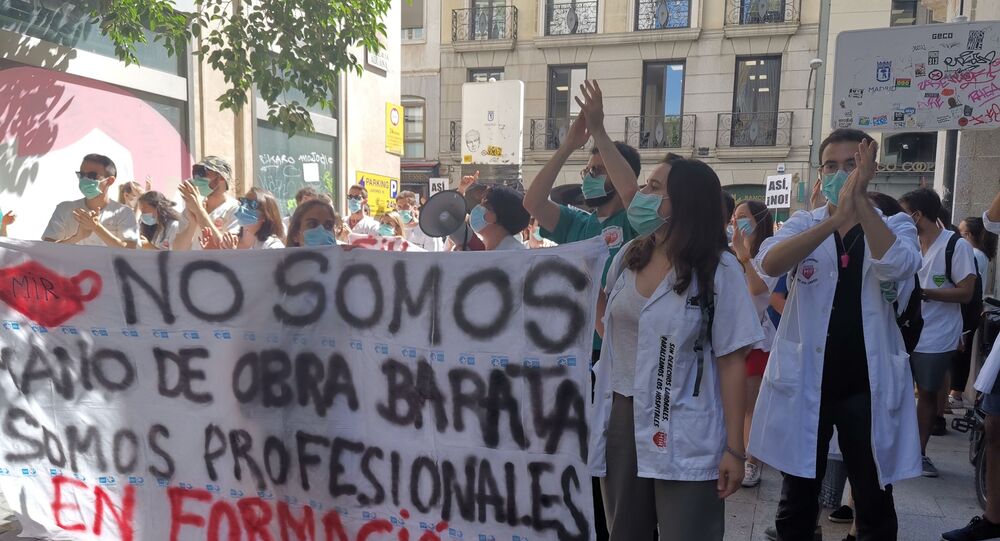 An indefinite strike has been called amid the COVID-19 crisis, which hit Spain especially badly in the initial weeks after it was declared a pandemic. Even though the epidemiological situation has started to improve since May, Spain remains one of the worst-hit European nations by the pandemic, with over 250,000 cases.

Health workers have launched a strike in Madrid calling for better salaries and working conditions amid the coronavirus pandemic.

According to Sheila Justo, president of the young doctors branch of the Association of Doctors and Higher Graduates of Madrid, health workers have been unsuccessfully attempting to draw the attention of the Ministry of Health of Madrid to their problems since 22 May, receiving no response, something that has forced them to take to the streets indefinitely until their demands are met.

Some 4,600 health professionals have been called to participate in the strike, which raises three central demands: respect for rest hours after shifts, improved wages, and optimisation of working conditions.

The strike comes amid the coronavirus pandemic in Spain that has left 253,908 people infected and 28,403 dead, according to the WHO's update at 8:26 a.m. CEST. This makes Spain the third worst-hit nation in Europe in terms of the number of cases, after Russia and the UK.