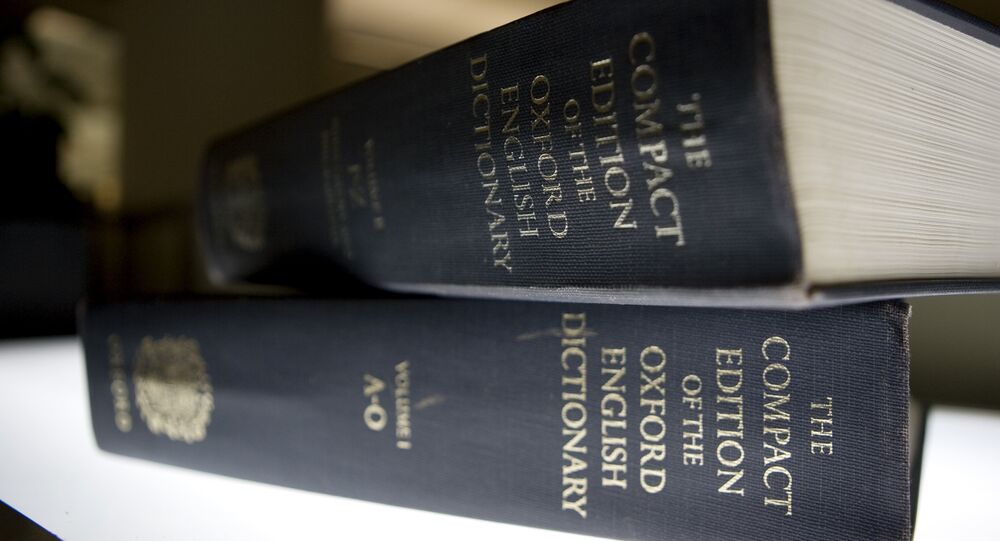 MOSCOW (Sputnik) - The Oxford English Dictionary is working on definitions for structural and systemic racism to make the reflection of this phenomenon more inclusive against the backdrop of ongoing George Floyd protests, according to Ella Percival, Interim Head of Communications, Academic and English Language Teaching at Oxford University Press.

"In our current English dictionary, over the last year, we have revised the definition of ‘racism’ to be more reflective of racism’s systemic elements and broad social impacts. However, we recognize that there is more to be done to ensure that our coverage of this vocabulary is inclusive and accurate; we are currently working on new entries for terms including ‘structural racism’ and ‘systemic racism’ to explicitly recognize and explain the different facets of racism and its impacts, as well as continuing to review this and other entries to identify scope for further revision and improvement", Percival said in response to a question regarding whether the dictionary had plans to revise or complement the definition of the word ‘racism’ .

Percival stressed that Oxford University Press has not received any requests to update the definition so far, although the work on revising it was underway.

"Oxford University Press is committed to anti-racist principles. We do not tolerate racism, prejudice, or harassment in any form. As far as I am aware, we have not received any requests to update our definitions but our review work in this area was, and is, ongoing", she concluded.

Earlier, the US Merriam-Webster dictionary decided to adjust its definition of racism after Kennedy Mitchum, a recent graduate of Drake University in Iowa, suggested that it should include a reference to the systemic oppression of African-American people.

The decision came amid worldwide protests against racism and police brutality, which erupted after a video showing George Floyd, a Minnesota resident, pinned to the ground by police officer Derek Chauvin, who was pressing his knee against the man's neck, went viral. Floyd was repeatedly telling the officers that he could not breathe until he became unresponsive. He later died at a local hospital.

According to the city's police report, the man appeared to be under the influence and physically resisted officers when they tried to handcuff him. The four officers involved have been fired, while Chauvin has been charged with second-degree murder.