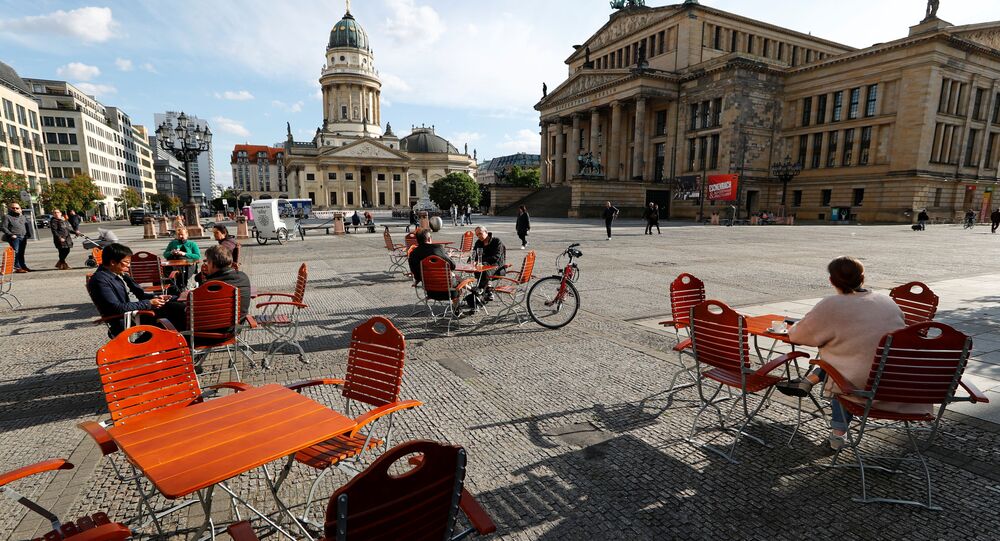 BERLIN (Sputnik) - Berlin pubs, fitness studios and other sports clubs, as well as convention centers and fairgrounds, are next in line for reopening on 2 June, the city authority said Friday.

"Clean pubs will be allowed to reopen for the public starting 2 June 2020 provided that hygiene rules are followed. Drinks are only to be served and consumed at the tables", the press release reads.

Tables are to be spaced at least 1.5 metres (6 feet) apart, the Berlin Senate said. The same rule applies to bars and restaurants, which started reopening on 15 May. The opening hours for all eateries have been extended to 11 p.m.

Conventions will go ahead on Tuesday. Berlin will allow trade fairs and other specialized mass events to be staged indoors if their capacity is less than 150 people and outdoors if up to 200 guests are involved. The maximum capacity will be scaled up over the next month.

Fitness studios, dance schools, and other sports facilities will reopen for groups of up to eight people with a minimum distance requirement of 3 metres. Open-air cinemas will also be allowed to reopen next week, while indoor cinemas will be given the green light on 30 June.

As of 29 May, the country has registered over 180,000 novel coronavirus cases and 8,450 deaths, the World Health Organization dashboard shows.