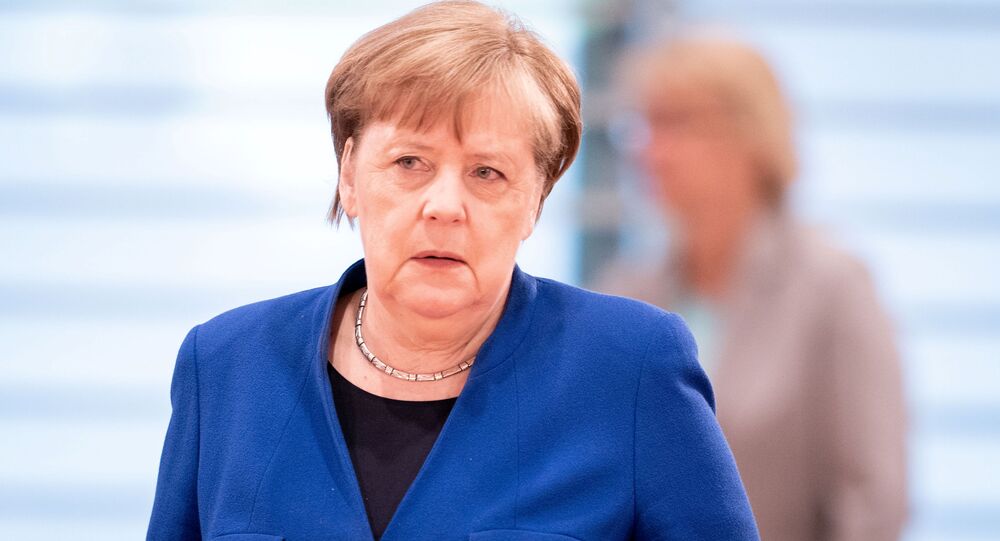 BERLIN (Sputnik) - Relations with China and the United States, as well as broader transatlantic cooperation, are going to be the priorities of Germany's upcoming presidency in the European Council, German Chancellor Angela Merkel said on Wednesday.

Merkel spoke at the Konrad Adenauer Foundation, aligned with her ruling party Christian Democratic Union, at an event focused on Germany's upcoming presidency in the European Union.

"I see our presidency as a chance to further develop Europe as a capable, cohesive, and accomplished power that takes responsibility for the peace and security on the planet. In this regard, for example, Europe's relations with China will be one of the foreign political priorities of our presidency in the EU", Merkel said, going on to describe China as "one of the most important actors of this century".

Yet, the "central and fundamental pillar" of the EU's foreign policy and security, in Merkel's opinion, is transatlantic cooperation, namely relations with the United States and NATO.

"The US is Europe's most important partner. I realize that cooperation with the US is developing worse than we would want it to. This pertains to climate and trade, as well as the role of international organizations in fighting the coronavirus pandemic", the German chancellor said, adding that it is "in our authentic national and European interest not only to preserve the relations with the US but to strengthen them".

According to Merkel, the EU and the US depend on each other with regard to preserving the world order, peace, and stability in the western political paradigm.

"We should not forget that Europe is not neutral. Europe is part of the political West. If Europe wants to preserve itself and its values in this world, it can only do it by taking control of its destiny and being a reliable partner of the western community", the chancellor said.

The presidency of the EU's Council is rotational for a period of six months. Germany is due to take the helm in July and work in a trio alongside Croatia and Finland, the outgoing and former chairs.