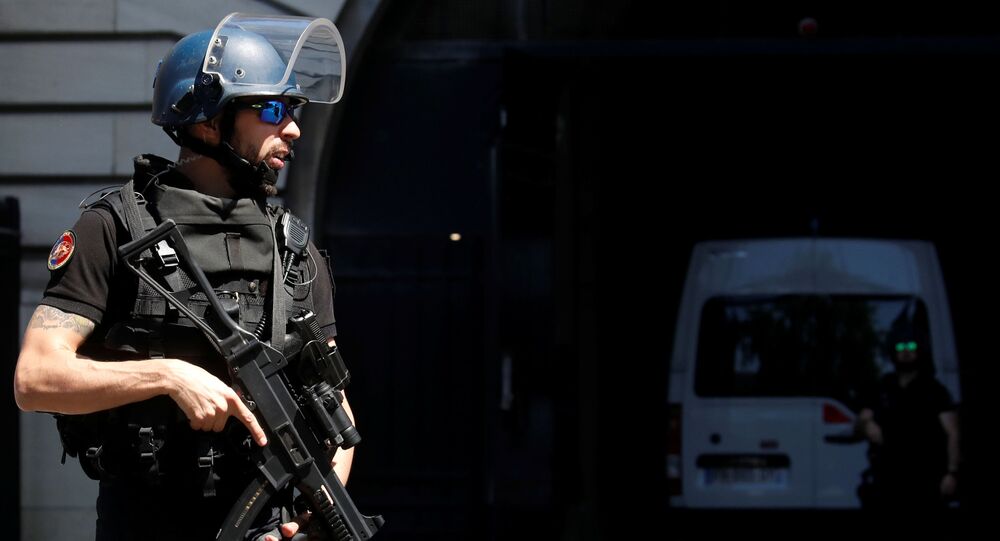 More than twenty gendarmes have been dispatched to the scene of the crime. The police have launched an investigation into the matter.

Three people were killed and one injured at a quarry in Saint-Varent, France, after a man opened fire and subsequently tried to take his own life, AFP reported citing sources close to the investigation.

The assailant interrupted a working meeting of the mining company at an excavation site with a dozen people present at around 2 p.m. and shot three people dead, and wounded one. The injured person is said to be in a stable condition.

© AP Photo / Kamil Zihnioglu
Shooting at Bar in France's Southern City of Marseille Leaves 6 People Injured - Reports
According to various reports, the shooter is either a present or former employee of the mining company, or is not with the firm and was just posing as a company employee.

The investigation team told AFP that the attacker attempted to commit suicide after the shootings, but failed and was taken to hospital. His motivation remains unclear.

The Roy quarries at the Noubleau site in Saint-Varent, where the incident took place, employ some 90 people.