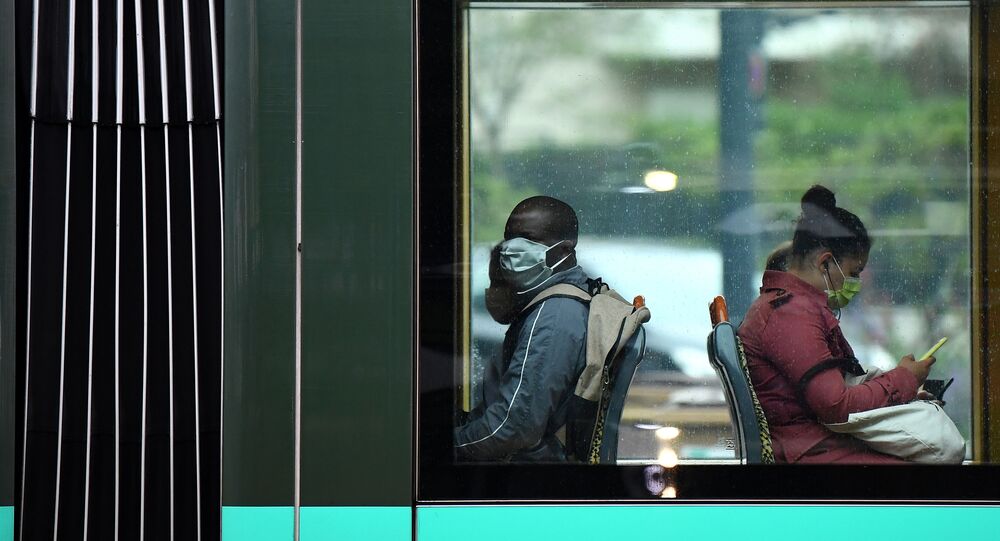 On Monday, French people ushered in a new phase of the COVID-19 pandemic - a phased reopening of the country after several weeks of declining infection rates. The biggest adjustments allow people to go out without filling in a special form and travel more than 100km from their home.

As France relaxed its lockdown restrictions on Monday, residents of the densely-populated capital found themselves under stricter controls that most of the country.

Paris and its surrounding Ile-de-France area, as well as three other adjoining north-eastern regions, were marked as red zones on a colour-coded map of the country because of higher rates of contagion there.

However, primary schools and most businesses still began to open in Paris, with public transport gradually going back to regular service. The specific timeline for high schools, bars, parks and restaurants in the red zones has not been set yet.

A Sputnik correspondent has visited the Paris Métro at rush hour and documented the city's awakening from an eight-week dormancy.

Passengers on the subway were seen wearing protective masks, in line with government restrictions, and keeping the recommended social distance from each other. Those who don't wear a mask risk getting a €135 fine. Passenger capacity is being limited for the time being and some 20 percent of all stations remain closed.

​Public transport workers were handing out masks and brochures at Les Halles, a major train hub in central Paris.

Hand sanitiser floor stands have been installed at bus stops, and workers were dispensing the gel at the request of subway passengers.

Traffic was quite busy on the Périphérique, a controlled-access ring road around the capital.

​With shops starting to reopen, a line of more than two dozen people emerged in front of a Zara store in Rue de Rivoli. Fitting rooms will remain closed in most outlets, some of which will encourage customers to try clothes at home and return them if they don't fit.

This is how French barbers have got back to work using personal protective equipment.