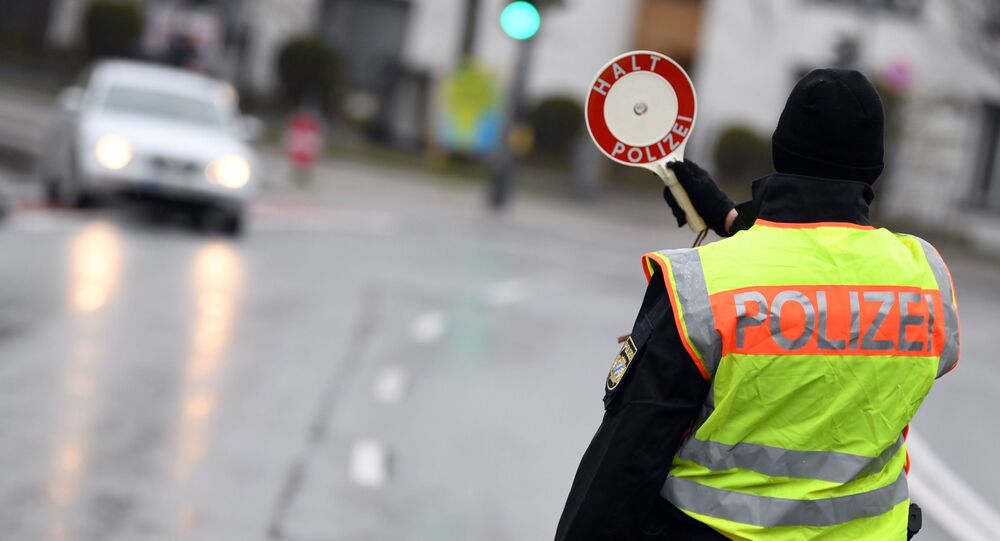 Bahner has to forecast "devastating consequences for society, the economy, democracy and above all human health" due to German lockdown measures, and said she was ready to fight them in the Federal Constitutional Court.

Beate Bahner, German medical lawyer and prominent critic of Berlin’s coronavirus lockdown policies, has been committed to a psychiatric institution.

Bahner, a 25-year veteran in her profession who has won three cases in the Federal Constitutional Court, and  written five books on German medical law, has issued a number of public statements decrying the Bundesregierung’s handling of the Covid19 pandemic.

For instance on 3rd April she published a press release branding nationwide lockdown measures "flagrantly unconstitutional, infringing to an unprecedented extent many of the fundamental rights of citizens". She argued the small minority of people at risk of serious harm in the event of contracting coronavirus would be far better protected by targeted measures based on the notion of personal responsibility.

“These measures are not justified by the Infection Prevention Act, hurriedly amended just a few days ago. Long-term restrictions on leaving home and meeting others, based on high-death-rate modelled scenarios, which fail to take account of actual critical expert opinions, and the complete shutdown of businesses and shops with no proof that they pose any risk of infection, are thoroughly unlawful,” she argued.

This was followed the next day by a lengthy legal analysis, which concluded with a stirring appeal for “the Chancellor and all heads of government to end the tyranny at once”,“a nationwide demonstration at 3 pm on Easter Saturday” and “oaths of all lawyers and judges bind us to safeguard the rule of law”.

The day after, Heidelberg Police announced they intended to prosecute Bahner for incitement, on the basis she was encouraging an illegal act under Article 111 of the German Penal Code.

The circumstances of Bahner’s arrest aren’t yet clear, but on 13th April a recording was uploaded of a 13-minute voicemail she left for her sister from Heidelberg’s Klinik fur Allgemeine Psychiatrie, in which she describes a police raid on her home the previous day.

​She claims to have been followed by a car “suspiciously”, and asked a passing car to call the police for her. When the police arrived, she was handcuffed and pushed to the ground “with massive force”. She was then driven to the psychiatric clinic, where four police officers were waiting for her.

“I asked to be allowed to sit down and was shown to a bench. Then I asked to have the handcuffs taken off, since it was actually I who had requested police protection. But instead, I was thrown to the floor again, having my head hurled onto the stone floor from a metre height, which nobody reacted to.Then I was forced to spend the night lying on the floor in some high-security Guantanamo psychiatric clinic…there was no toilet, no sink, though they did allow me water, and there was a bell I could ring, though they ignored it after the third time I pressed it,” she chillingly recounted.

Bahner was interviewed for incitement charges the afternoon of 15th April. Her case has been taken up by a local attorney, who wrote to the German Federal Bar Association stating her incarceration wasn’t justified by the Psychiatric Treatment Act.

“I shouldn’t have to add Bahner's claims of very grave abuse have untoward connotations of the darkest chapters of German history. The mere fact she claimed to have been so badly abused was what prompted me to write to you.Bahner is in the company of over 50 well-known experts in criticising the nationwide lockdown; I would be glad to furnish you with a list of their names.If it really is the case lawyers critical of government measures can now be intimidated using the state legal apparatus or psychiatry, and can be professionally and socially destroyed, then it is five minutes to midnight in this country,” he fulminated.

Kremlin on US Suspension of WHO Funding: G20 Supports WHO's Coronavirus Response