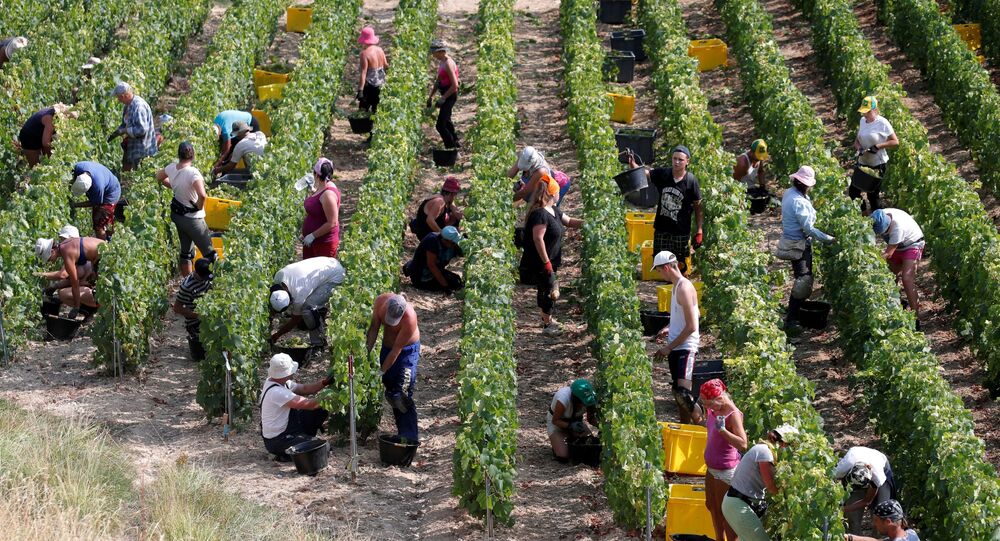 The EU has urged member states to allow the hundreds of thousands of migrant workers who help plant and harvest crops to cross borders despite travel bans to contain the virus.

European countries like Britain, France, Germany, Spain and Italy are engaged in mass recruitment drives for seasonal farming and agricultural workers as the coronavirus disease 2019 (COIVD-19)-related travel restrictions block the usual supply of temporary workers from Eastern Europe and North Africa. Over the years, certain western and northern European states have grown accustomed to cheaper seasonal migrants from countries like Poland, Hungary, Romania, Bulgaria and Morocco.

“In developed countries which rely on immigrant labour, if the [coronavirus] crisis lasts for two months, the impact will be very severe", Josef Schmidhuber, deputy director of the UN Food and Agriculture Organization’s trade and markets division told the Financial Times.

According to the FT the seasonal workers sought after are as high as:

UK supermarkets have already signalled their concern that certain fruit and vegetables may be in short supply if the 70,000 seasonal workers needed don't materialise in time, amid the unprecedented lockdown and travel restrictions imposed by governments around the world.

In February the British government quadrupled the number of temporary workers it was permitting to use its temporary worker pilot programme from 2,500 to 10,000. Meanwhile, Spain will permit its citizens who take up these seasonal agricultural roles to continue to claim unemployment until June. The Spanish announced that they will also temporarily allow thousands of undocumented workers to also pick up the slack, due to the level of the shortfall.

While there has definitely been increased interest in vegetable and fruit picking positions that interest is not always translating into people accepting the roles. In France 250,000 people have registered interest in these temporary jobs but only 5,000 have been taken up thus far.

Mark Bridgeman, president of the Country Land and Business Association, told the BBC on 9 April that there is a spike in interest in these jobs in the UK, as a result of millions of people being out of work or temporarily furloughed, but there still are not enough taking the positions. The key issue, he said, was being able to match the supply of workers from across the UK with the demand.

Observers note that the same factors which deter locals from taking these jobs normally, long hours, physically demanding work, relatively low pay and harsh working conditions - to the point of breaching anti-slavery rules - may also be dissuading people from taking these jobs during the pandemic. Job recruiters have also reported that people who have been furloughed don't know when their jobs will restart and so are unable to commit to an agricultural position for any extended period of time.

The consequences of the travel restrictions will also impact the tens of thousands of families, and their local economies, who have grown dependent on money earned via the seasonal agricultural work in western and northern European states.

The heads of three agencies, the UN’s Food and Agriculture Organization, the World Health Organization and the World Trade Organization recently warned of a risk of global food shortage if measures taken to combat the pandemic are not fully thought through.

While there is an uptick in interest by locals in Western Europe and the UK industry representatives are saying more needs to be done in order to guarantee the fruit and vegetables that people have taken for granted remain available on their shop shelves.