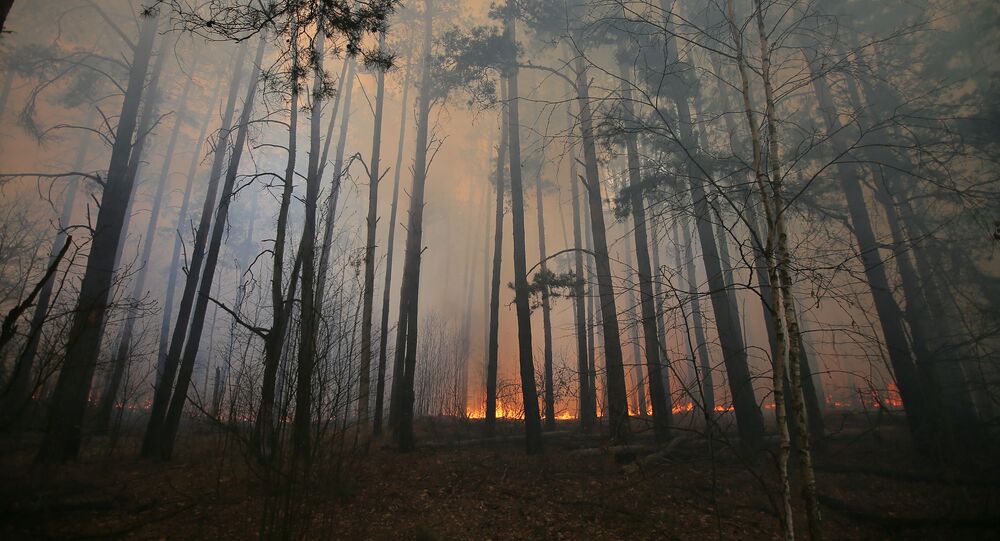 KIEV (Sputnik) - Efforts to contain the wildfires in Ukraine’s Chernobyl exclusion zone have involved hundreds of firefighters, dozens of vehicles and a handful of aircraft, a statement from Ukraine’s State Emergency Service (SES) Saturday said.

“[At least] 312 people were involved in fire fighting," the statement reads, adding that at least "and 83 units equipment, including three aircraft and 3 helicopters of the SES, which on April 10 made 96 discharges (240 tons of water)" have joined the operation.

On April 4, the forest fire began near the infamous nuclear disaster site. On April 7, the fires covered 86 acres of territory.

© RIA Novosti . Alexei Furman
Ukrainian Nuclear Industry Workers Sound Alarm About Threat of ‘Another Chernobyl’
Police say they have apprehended the suspected perpetrator who claims to have set grass and garbage on fire "for fun." A criminal case has been opened.

Ukrainian authorities had gradually begun to loosen restrictions to the zone since last year after hit HBO show “Chernobyl” about the incidents surrounding the April 1986 accident spiked interest and visitations.