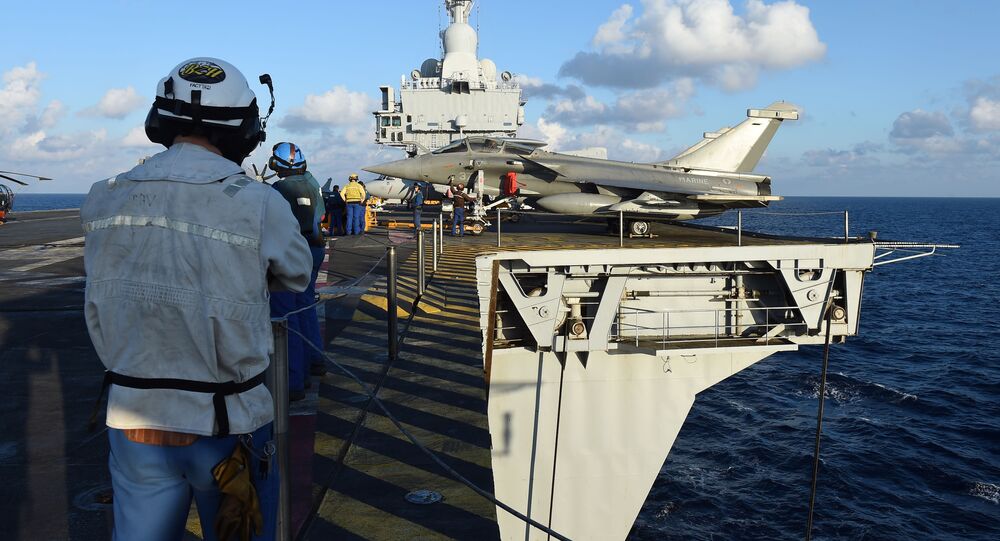 The country is trying to curb the pandemic via severe quarantine measures. At least 73,488 people have been diagnosed with COVID-19, and 8,896 have succumbed to the disease, according to the World Health Organisation (WHO).

French aircraft carrier Charles de Gaulle, the flagship of France's Marine Nationale, had to return to port after some staff on board showed symptoms, according to an official statement by the Ministry of Armed Forces. According to officials, at least 40 servicemen are under medical supervision at the moment.

"As of today, a screening team with test kits will be dispatched to the aircraft carrier to investigate the cases that have arisen and to prevent the spread of the virus on board the vessel", the ministry said.

© REUTERS / Jean-Paul Pelissier
French army soldiers secure the area around the nuclear-powered aircraft carrier Charles de Gaulle as it leaves the naval base of Toulon, France

The vessel is currently in the Atlantic, on its way to the Mediterranean to return to the port of Toulon, originally planned for 23 April.

The ship is the first French nuclear-powered surface vessel and the only nuclear-powered carrier outside the US Navy. It operates three 12 aircraft Rafale-M squadrons and one 3 aircraft E-2C Hawkeye squadron. The Charles de Gaulle can transport up to 800 troops and their heavy vehicles as well as a large crew of up to 2,000 sailors.