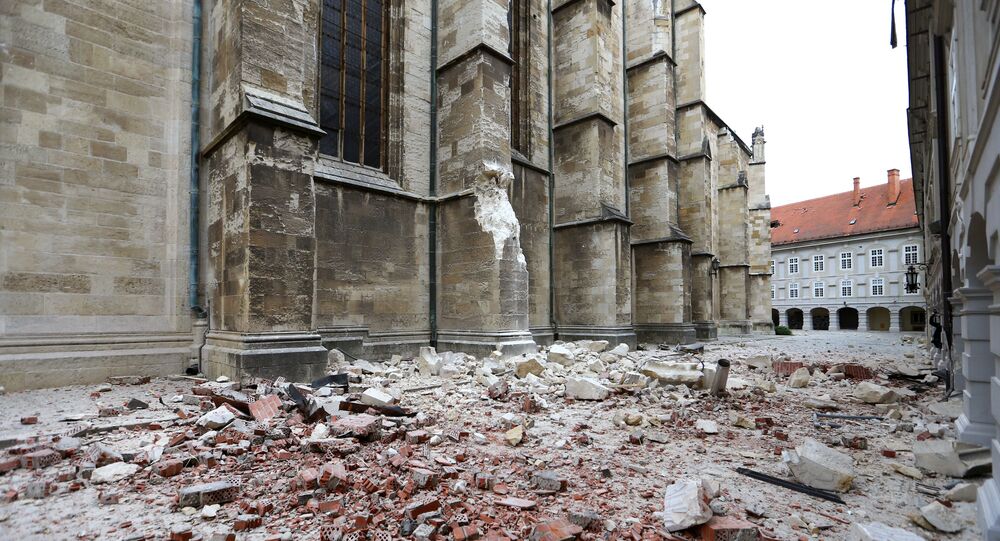 The Balkan nation has been shaken by a 6.0-magnitude tremor that came just days after the country went on lockdown in the face of the COVID-19 pandemic.

The Croatian capital Zagreb is experiencing the aftermath of a major earthquake that destroyed buildings in the city and left some parts of it without electricity.

​The debris has also impeded traffic, as bricks and stones block roads and tram tracks.

The calamity also resulted in damage to cars parked along the streets.

© REUTERS / ANTONIO BRONIC
Debris is seen on a street following an earthquake, in Zagreb, Croatia 22 March 2020.

The epicentre of the seismic activity was seven kilometres north of Zagreb at a depth of ten kilometres.