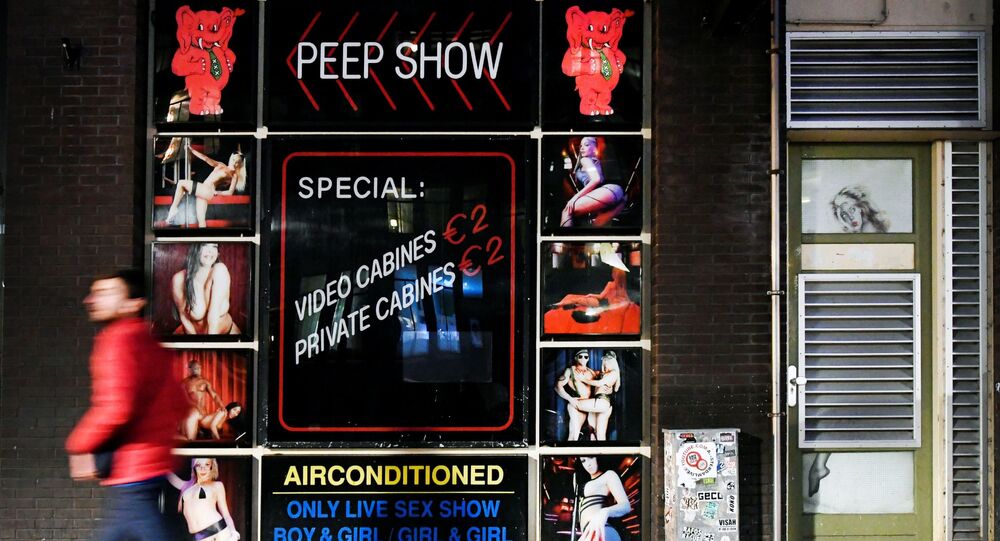 The initiative is aimed at providing sex workers with handouts for purchasing essential supplies.

As authorities the Netherlands ordered adult entertainment venues shut down in Amsterdam in an apparent attempt to curb the spread of the COVID-19 coronavirus, a new crowdfunding effort has been launched in an attempt to help the sex workers whose livelihoods were affected, the Daily Star reports.

According to the newspaper, the person who launched this campaign – a prostitute known as Hella Dee, a member of the Dutch sex workers union PROUD – has already raised some €4,400, aimed at providing the recipients with €40 handouts for purchasing emergency supplies.

"These workers don't have a fixed income, they don't receive paid sick leave and lack savings to fall back on to cover basics like food shopping or medicine," she stated. "This also has consequences for their safety because they may feel forced to take more risks with their work under current circumstances".

With at least 25,000 sex workers currently operating in Amsterdam, as the newspaper notes, campaigners who work with them  warn that the temporary shutdown of brothers and strip clubs would result in many women losing their source of income.

The outbreak of the COVID-19 coronavirus, which started in China’s Wuhan in December 2019, has recently been declared a global pandemic by the World Health Organization, as the pathogen has since spread across the world, infecting tens of thousands of people and causing over 5,500 fatalities.