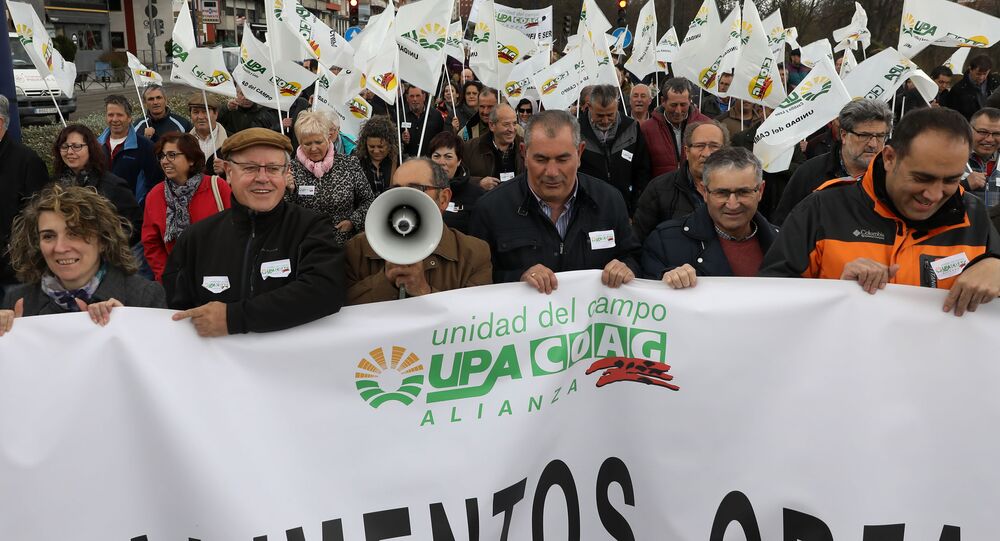 MADRID (Sputnik) - Protests by farmers took place on Friday in a number of Spanish regions, with several thousand protesters in Valencia blocking the centre of the city, demanding fair prices for their produce.

"The situation is very serious. First and foremost, because of the low prices that do not allow us to cover production costs that are growing constantly. We would like to bring attention to this problem, as we cannot keep on working under such conditions," Lorenzo Ramos Silva, the secretary-general of a small agricultural producers union, said.

Farmers also protested in Catalonia's Lleida and Asturia's Oviedo, while in the province of Cordoba they blocked the highway to the city of Malaga.

The country's farmers are dissatisfied with low prices and US sanctions on some trade items including olive oil, and demand the authorities to take measures, which include subsidies and rigid sanitary control for foreign competition, among others.

In the last 15 years, purchase prices for agricultural, animal, and fish produce in Spain have gone down 15.5 per cent.