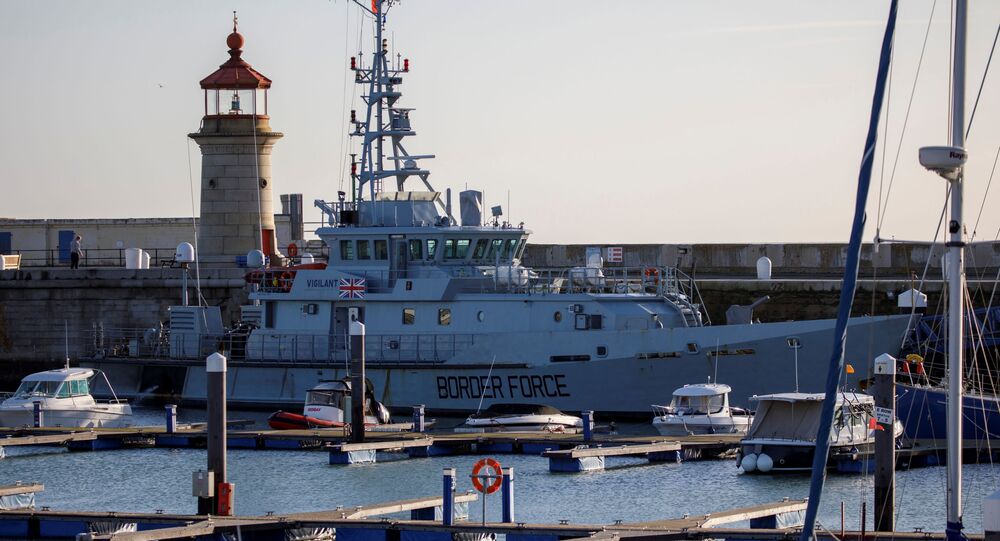 MOSCOW (Sputnik) - The migrants arrived on several boats near the coast of the UK county of Kent, prompting a rescue operation by the UK and French patrol boats, according to the Sky News TV channel.

The UK coastguard has intercepted more than 40 undocumented migrants in the English Channel, off the country's coast, media reported on Thursday.

"HM [Her Majesty's] Coastguard is co-ordinating a search and rescue response to a number of incidents off Kent this morning, working with Border Force, Kent Police and other partners", the UK Maritime and Coastguard Agency told the broadcaster.

The intercepted migrants have been taken to the city of Dover.

In recent years, Europe has been struggling with the ongoing migration crisis as people from Africa and the Middle East, fleeing poverty and war, try to cross the Mediterranean and reach the continent.

UK's Prime Minister Boris Johnson promised in 2019 to send back illegal migrants, who are seeking to cross the English Channel to get into Britan.

On 17 November, UK Border Force officials intercepted four boats in a single day off the coast of Dover, and arrested the 39 Iranian migrants on board.

According to Sky News citing multiple sources 1,456 irregular migrants have travelled across the English Channel by boat between December 2018 and October 2019.