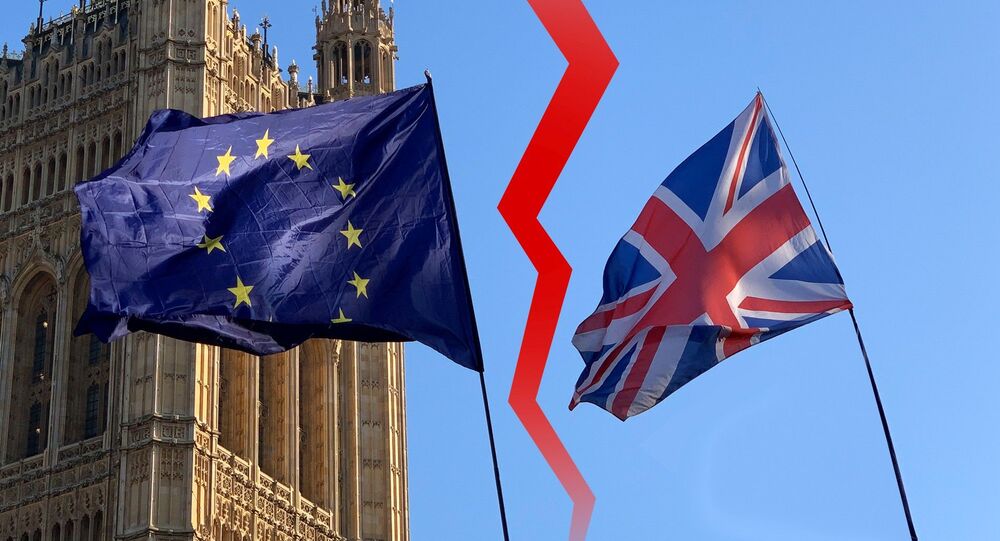 Shutting the Door: So How Will Britain Change Now It's Out of the European Union?

Britain officially leaves the European Union on Friday night after a political battle which has taken almost four years. But what will change and what will stay the same?

At 11pm (Greenwich Mean Time) on Friday, 31 January, the United Kingdom of Great Britain and Northern Ireland will finally cease to be a member of the European Union.

Britain originally applied to enter the European Economic Community (EEC) as it was then, in 1961, but French President Charles de Gaulle blocked it and the UK finally joined, after a referendum, in 1973.

“Will Brexit affect my holiday?”

I’ve answered some of your top searched questions about Brexit and what happens when we leave the EU on Friday. pic.twitter.com/3LelRgfFPb

​In June 2016 a majority of the British people voted to leave the EU and Prime Minister Theresa May invoked Article 50 but it took a general election before the UK Parliament finally agreed to pass the legislation to “get Brexit done.”

As of Saturday 1 February Britain enters the 11-month transition period and trade between the UK and the EU will remain essentially the same while the UK government and the EU negotiates the terms of a trade deal.

Can't wait for Brexit Eve.
Mike Reid playing calypso songs on the radio, burning our passports in the fire, the kids leaving out a pint of real ale & 20 Embassy Regal for Father Nigel, then the family will walk to the beach & throw croissants into the sea.
Such a magical time

​During the transition period the British government, British companies and British individuals must obey EU rules on everything from toilet roll production standards to co-operation on defence and security.

Prime Minister Boris Johnson has already said he will not request an extension to the transition period beyond December 2020.

But then this is the same Mr Johnson who said he would not request a Brexit extension beyond 31 October 2019… and then did exactly that.

During the transition period the UK remains within the single market and the customs union but if no trade deal is struck then it is possible tariffs will be imposed by both sides after 31 December 2020 - a nightmare scenario which most economists believe would sink Britain into a recession.

​The Department for Exiting the European Union formally closes down this week and the trade negotiations will be conducted out of Downing Street itself.

Soon, the only Brexit question left will be about whether the people who sold it were lying about everything or simply didn’t understand anything.

​While the details are not clear, it would appear this new body is designed to counteract the dumping of cheap exports, such as Chinese steel, which prove impossible for British manufacturers to compete with.

So, apart from trade, what other differences will people in the UK notice?

In the EU Withdrawal Bill the government promised to protect the rights of existing EU nationals residing in the UK, as well as citizens of Switzerland, Norway and Iceland.

But EU nationals arriving in the UK on or after 1 January 2021 will not automatically be entitled to live in Britain.

From the start of 2021 the government will introduce an “Australian-style” points-based immigration system, as first suggested by the Vote Leave campaign in 2016.

Nigel Farage has unveiled his portrait Mr Brexit, which will be auctioned to raise money for charity pic.twitter.com/X43ifqO4xq

​All EU nationals - with the exception of people from the Republic of Ireland - will be subjected to the same immigration barriers as those from outside the EU.

There will be exceptions. For example a fast-track scheme will allow migrants to fill shortages in public services, especially the NHS, and 10,000 people will be allowed in on the Seasonal Agricultural Workers’ Scheme to pick fruit and vegetables during harvest time.

After the transition period the government will also begin to implement the “new protocol” on the border between Northern Ireland and the Republic of Ireland.

This should not affect cross-border trade but it will introduce new bureaucracy for anyone importing or exporting goods between mainland Britain and Northern Ireland.

During the election campaign Mr Johnson, having dispensed with the "Irish backstop", said there would be “no forms, no checks, no barriers of any kind” for goods moving between Northern Ireland and Great Britain.

Goods moving across the Irish Sea will face a new administrative process known as an exit declaration and there will be extra checks on food products.

No cause, ideology or political party owns the Union Jack - it belongs to all the people of the United Kingdom.
This is the sort of silly, jingoist, misinformation that led to #Brexit
If nothing else let’s agree to improve the quality of political debate from now on. https://t.co/CJ8UcJlXkr

​How Are Farmers and Fishermen Affected?

British farmers will no longer be covered by what the government calls the “flawed” Common Agricultural Policy, but nor will they will be entitled to the EU subsidies they currently receive.

The government says it will switch to a system whereby instead of getting money depending on the amount of land farmed, they will be “rewarded” for “the work they do to enhance the environment, improve animal welfare and produce high quality food in a more sustainable way.”

No details have been forthcoming about how this new Environmental Land Management system will work in practice but direct subsidies will be phased out over a seven-year period.

Fishing boats and trawlers operating out of the UK will no longer be subject to what the government calls the “unfair” Common Fisheries Policy and foreign vessels will not be able to fish in UK waters unless they obtain a special licence.

The government says it will “create powers to determine fishing opportunities for the UK” which will enable it to preserve and possibly increase fish stocks but it is not clear yet whether that will be setting a quota for British trawlers or limiting the number of days they can stay at sea.

What Other Changes Will People Notice?

Travel between the UK and the EU countries will be unchanged during the transition period.

Red or burgundy EU passports will be gradually phased out and replaced with dark blue UK passports, similar to the passports used before 1997.

Criminals will definitely notice a change - the European Arrest Warrant will no longer apply at the end of the transition period, meaning it will be more difficult to extradite criminals from EU countries for crimes committed in the UK, and vice versa.

In fact, Germany has already said it will refuse to extradite its nationals to Britain after 31 December 2020.