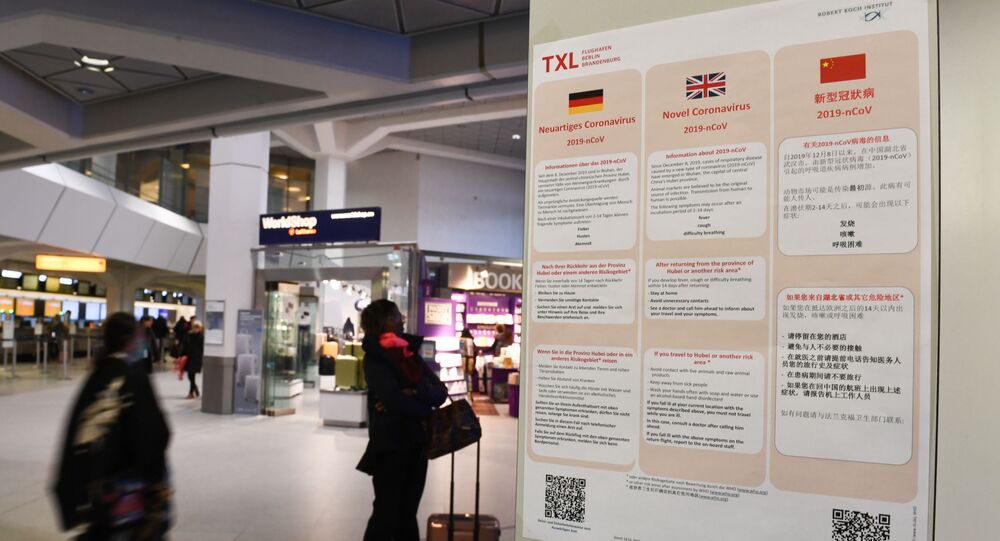 On Monday, the World Health Organization changed the global risk degree of the deadly coronavirus from "moderate" to "high," as the total number of 2019-nCoV confirmed cases globally as of Sunday reached 2,014, including 1,985 in China.

Early on Tuesday, the Bavarian State Ministry of Public Health and Health Care issued a statement, noting that the first case of exposure to the new Chinese coronavirus had occurred in Bavaria.

According to the statement, a man "from the district of Starnberg has been infected with the new coronavirus". The statement noted that the man "is clinically in good condition [and] was being monitored and had been isolated".

On Monday, Canadian health officials confirmed the country's first case of the new coronavirus. Following the announcement, Global Affairs Canada, the Government of Canada's department that manages the country's diplomatic and consular relations, issued a travel advisory cautioning against all travel to Hubei province in China.

According to a Monday report by WHO, the total number of 2019-nCoV confirmed cases globally as of Sunday reached 2,014, including 1,985 in China. Additionally, of 29 who tested positive in other countries, 26 had a travel history in China, specifically in Wuhan, where the new strain is believed to have originated.

Located in the central Chinese province of Hubei, the city first reported an outbreak of a previously unknown kind of pneumonia-like disease in late December 2019. Last week, Wuhan and two other cities — Huanggang and Ezhou — were completely quarantined, with people prohibited to leave or enter.

Despite Beijing's containment efforts, the virus has crossed the border, as confirmed infection cases have been reported in Japan, South Korea, Vietnam, Singapore, Australia, Malaysia, Thailand, Nepal, the United States and France.

On Monday, the Chinese internet portal of medical information portal, Dingxiangyuan, said that the number of infected people had risen to 2,840. Chinese media have reported on 80 deaths.