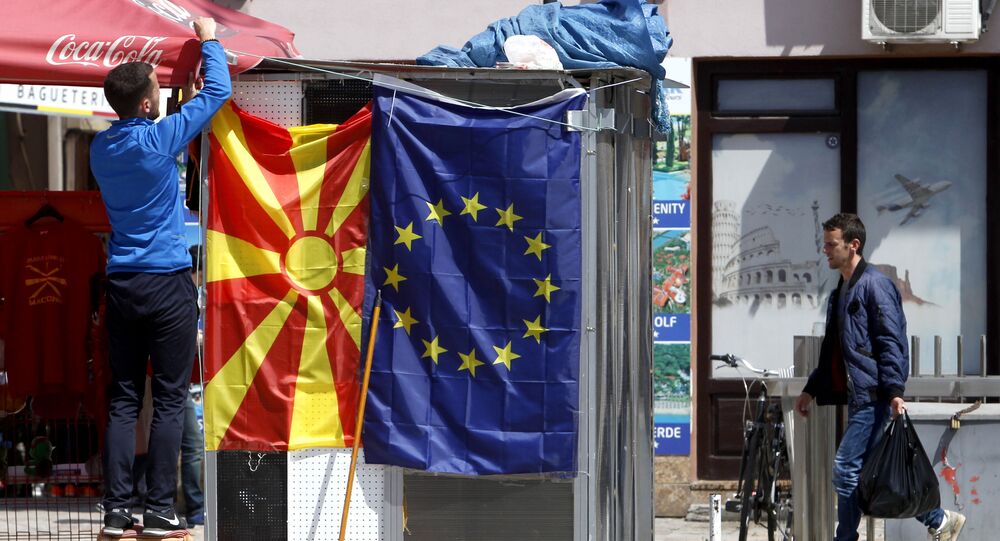 North Macedonia is now on its way to NATO membership, as the US has officially ratified its accession protocol. The country is also trying to join the European Union, as it has already overcome one of the main obstacles by resolving its decades-long name dispute with Greece.

German Chancellor Angela Merkel stated on Monday that she would be pushing for a start to the accession talks for Albania and North Macedonia at an EU summit in March.

"Above all, we want to reach an agreement at the next European Council in March to start accession negotiations with Albania, and also with North Macedonia", she said during a meeting with Albanian Prime Minister Edi Rama.

According to the chancellor, "both countries have achieved a lot" and therefore Berlin would support their accession to the bloc.

At an EU summit in October, France, Denmark, and the Netherlands blocked a decision to begin accession talks with both Tirana and Skopje. The European Parliament, however, criticised the decision, passing a resolution that called the refusal to begin talks "a strategic mistake".

The Balkan countries were set as a priority for EU expansion during the 2003 European Council summit in Thessaloniki. It was originally projected that talks with North Macedonia and Albania would start by the end of 2019, with a tentative joining date of 2025.