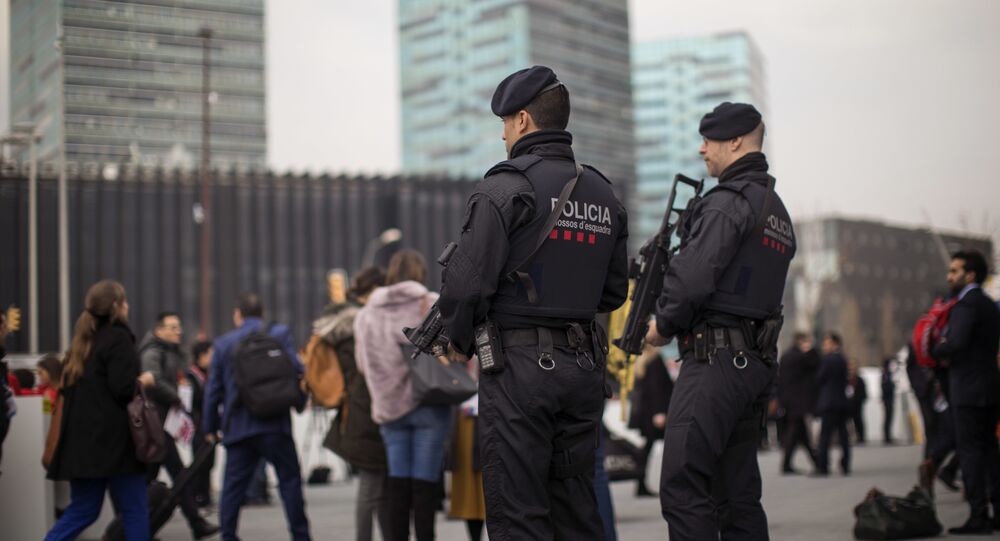 Barcelona police have found links between a series of attacks across the city, and have connected one suspect to two murders, a stabbing and an arson attempt in a single afternoon.

Barcelona police have arrested a suspect after a series of  seemingly unconnected incidents that occurred throughout the city, according to El Pais. The suspect was described as being from a ‘foreign nationality’ and about 30 years of age, but he has yet to be named.

The report says that at 3 p.m. on Monday, an apartment fire occurred near the city’s Ciutadella Park; and investigation revealed a dead body and signs that there had been a struggle and that someone had attempted to burn the flat to cover his tracks.

Later a video emerged on the internet showing a man descending from the building as smoke is seen billowing from the window.

​Soon, another incident happened just 600 meters from the apartment fire: the body of an elderly woman was discovered in the lobby of a nearby building; evidence suggested that she'd sustained a head injury, according to media reports.

Some time later, less than a mile away from the first incident, an attempted robbery left one victim with a stab wound. But this time, police managed to arrest the suspect and bring him into custody. The video shows the moment of the arrest.

​The police were fairly easily able to link all the incidents to the arrested suspect, as they found the ID card of one of the victims among his belongings.