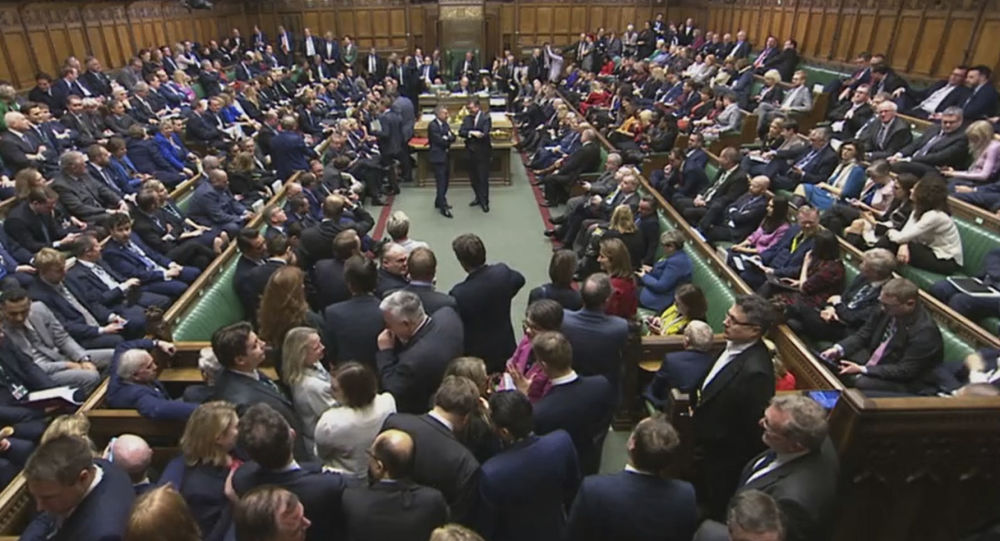 In December, British Prime Minister Boris Johnson won support for his Brexit plan in a parliamentary vote following the Conservatives' historic 80-seat majority win in a snap general election, finally paving the way for the UK's long-debated divorce from the European Union.

The UK's House of Commons is discussing PM Boris Johnson's Brexit deal in London, following a vote approving the EU Withdrawal Agreement Bill in December. The House has been debating the bill over the last three days in a bid to meet the 31 January deadline and are now expected to vote on whether to turn the legislation into law.

The deal includes the UK's financial liabilities to the EU, transition period for trade negetiations, rights of Europeans living in Great Britian, as well as the hotly debated status of Northern Ireland.

Following PM Boris Johnson's and his party's win in December snap elections, the Conservatives now hold a commanding majority in the House of Commons and are expected to vote in favour of the bill.