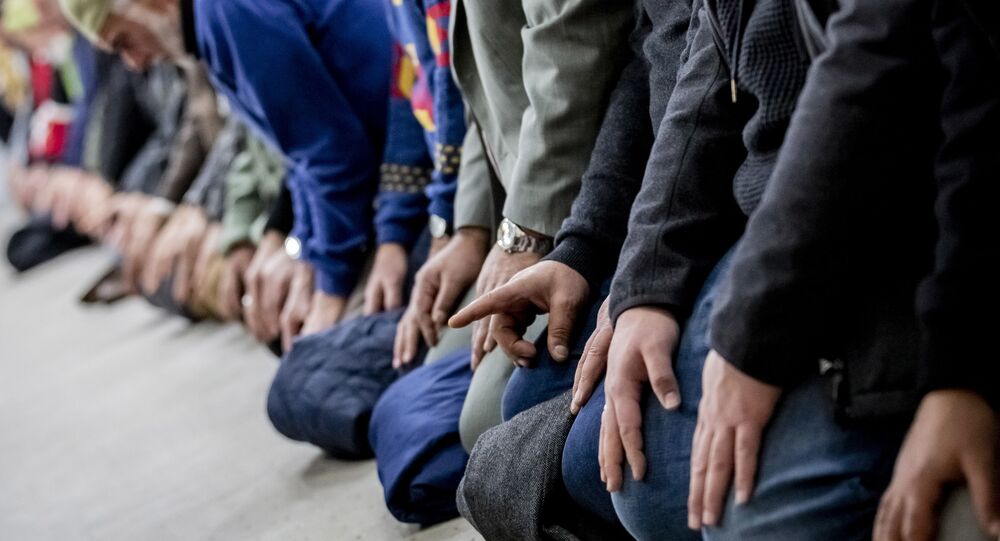 The word was recognised by Germany’s most authoritative dictionary, the Duden, which had previously added the Turkish expression “oha” as well.

The Arabic word ‘Inshallah’ is now considered a German word.

The expression has made it to the Duden, the most popular dictionary of German language.

The new entry is spelled as “inschallah” in the dictionary. It currently appears in its digital version, and there has been no word on whether it will be published in print as well.

‘Inshallah’, as it’s spelled in English, means ‘Allah willing’ or ‘if Allah wills’ and is used by Muslims when speaking of a future event.

The Duden is the most authoritative and popular dictionary of German language; it has long been the prescriptive handbook for German grammar and spelling – Germany’s Merriam-Webster of sorts. It’s been issued since 1880 and is now in its 27th edition.

Although some social media users in Germany said this signified the natural development of their language, others contended it actually represented the increasing Islamisation of Germany.

“Now you can all use it in schools/companies and if somebody doesn't know it, he should learn it as soon as possible,” one commenter wrote sarcastically. “We live in Germany and want to speak German!”

Another said: “It is getting serious with the Islamisation.”

​A third user wrote that the word is simply “not German”.

Another entry originating in the Muslim world is “oha”, an exclamation commonly used by Turks to express surprise, similar to the English “whoa”. Both “inshallah” and “oha” can be found in the Merriam-Webster Dictionary as well.

At nearly 5 million, Germany’s Muslim population is the second-largest in Europe, trailing behind France, and makes up about 6 percent of the country’s population. Three in five German Muslims have Turkish descent.