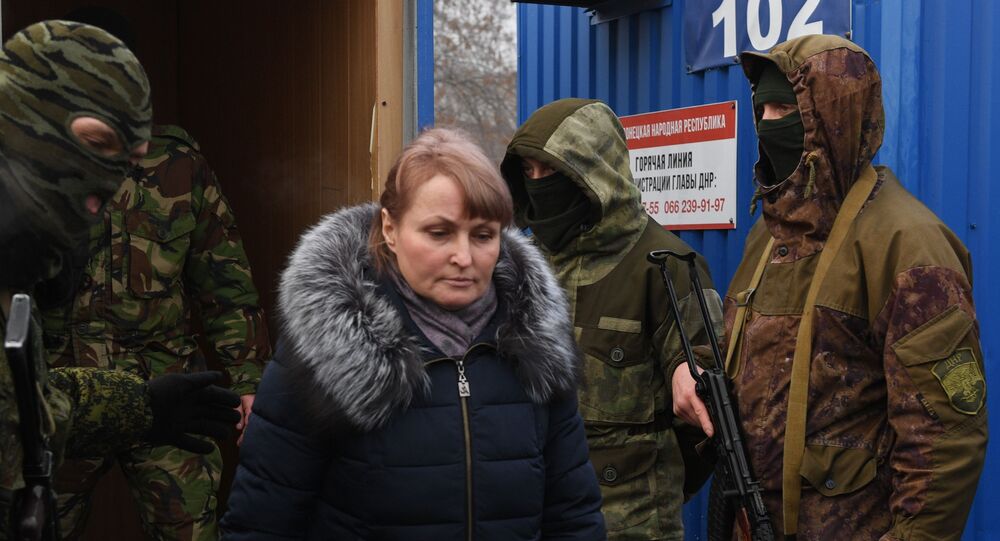 KIEV (Sputnik) - Ukraine's ombudswoman, Lyudmyla Denisova, has confirmed that a prisoner exchange between Kiev and the self-proclaimed people's republics of Lugansk (LPR) and Donetsk (DPR) started on Sunday in the Donbass region.

"The long-awaited process of mutual [prisoner] release has begun at the Mayorsk [checkpoint] in the Donetsk Region. Our guys are returning to their homeland", Denisova wrote on her Telegram channel.

The start of the exchange was also confirmed by the Ukrainian president's office.

"The process of releasing detainees has begun in the Donetsk Region, at the Mayorsk checkpoint", the press service said in a Facebook post.

This is first exchange of prisoners between the sides since 2017. It is taking place near the DPR-controlled city of Horlivka.

"We are currently at the Mayorsk checkpoint. Lugansk [representatives] have already gone to Ukrainian territory to exchange [prisoners]. After that, a Ukrainian delegation will come here and we will be able to verify our people", Morozova told reporters.

The official added that about 20 people refused to be exchanged and wished to stay in the territory controlled by Kiev.

"We are ready to return 55 people to the Ukrainian side, they are ready to return 87, but the final figures will be based on the verification results. Twenty-two people from the Donetsk list refused to be released. According to our information, two people agreed to move to the DPR, three others agreed for the exchange, but want to stay on Ukrainian territory. Therefore, I’ll be able to say the exact numbers when we go through the list", Morozova told reporters.

According to a DPR representative, no incidents have been recorded in the ongoing prisoner exchange process so far.

On 9 December, the presidents of France, Germany, Russia, and Ukraine held talks in the so-called Normandy format and agreed, among other things, to ensure an exchange of prisoners between Kiev and Donbass under an "all-for-all" formula once the sides finalise the lists of individuals to be released and swapped.

The last prisoner exchange between the warring sides took place in December 2017.