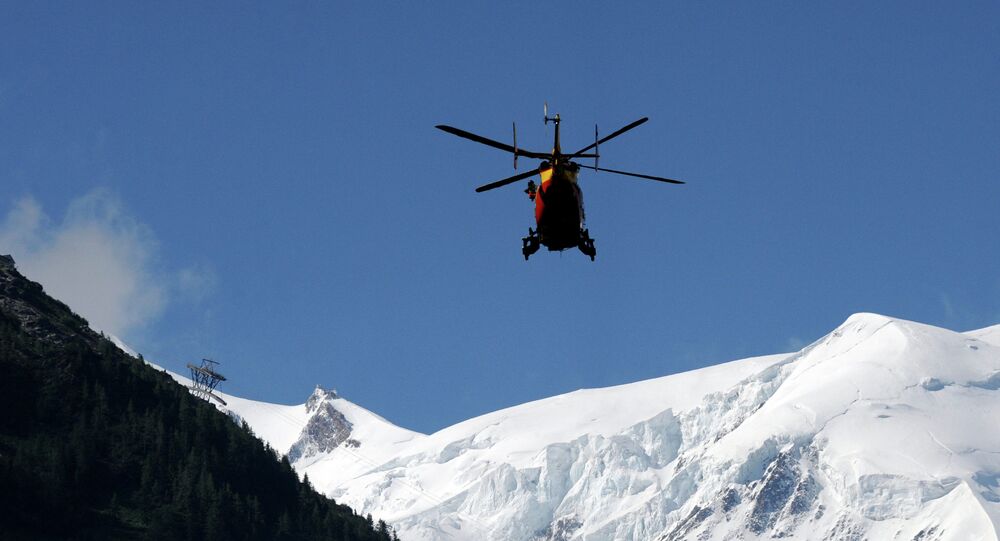 Three avalanches have crashed down on the Austrian ski resort of Ankogel and the Swiss resort of Andermatt, prompting major rescue operations, the Daily Star reported.

The bodies of three Italian climbers have been found in the Italian alpine region of Abruzzo, media said, as avalanches hit the slopes in the Austrian and Swiss Alps, according to the Tgcom24 TV channel.

A couple fell to their death in a ravine after slipping on the snow as they were ascending the mountain Gran Sasso, Tgcom24 reported. A third climber survived and called for help.

Separately, the body of a woman who had been missing since Wednesday was found 8,200 feet up in the mountains after she set off to conquer the peak of Corno Grande.

A wave of snow rushed down a ski area in the region of the Oberalp Pass in the central Swiss canton of Uri at about 10:50 a.m. (9:50 GMT), burying several people.

At least two people were injured and taken to hospital after they were pulled from the snow following an avalanche that came down on the Andermatt ski resort, according to the Daily Star.

A police spokesman in the Swiss canton of Uri, Reto Pfister, told NBC News that there are "more people buried but we can't say how many".

More than 60 rescue workers are conducting searches for people who might have been buried under the snow. The teams have dogs trained for searches and several helicopters.

Update: So far rescue teams have found 2 skiers who were injured after an avalanche hit a big group of skiers in #Andermatt Switzerland, search and rescue operation for more skiers still ongoing. pic.twitter.com/gGMEKS6BTN

Meanwhile, an Austrian police spokesman said that three avalanches had hit Ankogel in Carinthia province, burying four skiers who were able to free themselves.

An avalanche was reported on the mount’s northern slope, where three to four people were allegedly seen at the time. Three freeriders triggered a smaller snowslide elsewhere in the area.

​The avalanches took place mid-morning while many holiday skiers were outside enjoying the day after Christmas.