BRUSSELS (Sputnik) - The Brexit saga will not end with the formal withdrawal of the United Kingdom from the European Union on 31 January and is likely to continue through the 11-month transition period during which the parties are supposed to negotiate future relations, Russia's permanent representative to the European Union Vladimir Chizhov said.

"After Brexit, which is likely to take place on 31 January as previously agreed by the sides, the second act of the 'Ballet de la Merlaison' [a 16-act performance staged at the French court during the reign of Louis XIII] will start — the EU and the UK will have to negotiate the modalities of their future relationship", Chizhov said.

Asked whether the problems around Brexit would remain after the divorce, he replied in the affirmative, adding that these problems were "only beginning".

"UK Prime Minister Boris Johnson's attitude is very decisive — he has publicly claimed that he did not need the allocated 11 months and can do everything in 1-2 months instead. But it is not all so simple. On this side of the English Channel as well, the remaining 27 countries still have to work out a common stance", Chizhov said.

On 17 October, London and Brussels finally reached a new Brexit deal after protracted negotiations. The new Brexit draft has dropped the controversial Irish backstop that was the main source of concern for opponents of the previous divorce agreement. 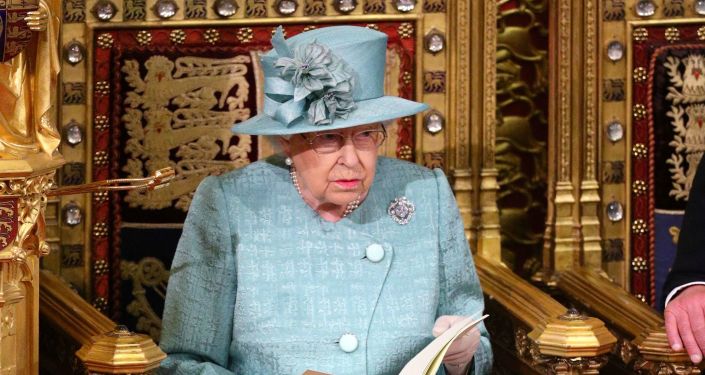 © REUTERS / POOL
UK to Establish Legislation to Ensure January 31 Brexit Date – Queen Elizabeth II
The deal, however, was met with strong resistance in the UK parliament, prompting a decision to hold a snap general election on 12 December, which was decisively won by the Boris Johnson-led Conservative party that now has the mandate to withdraw the country from the EU.

London and Brussels have to negotiate their post-Brexit relations, with trade in the centrepiece, by the end of 2020. Since the withdrawal was postponed so many times before being finally set for 31 January, the sides will be left with only 11 months to agree on everything. During this transition period, the pre-Brexit terms will remain in effect with regard to the Customs Union and the Single Market.