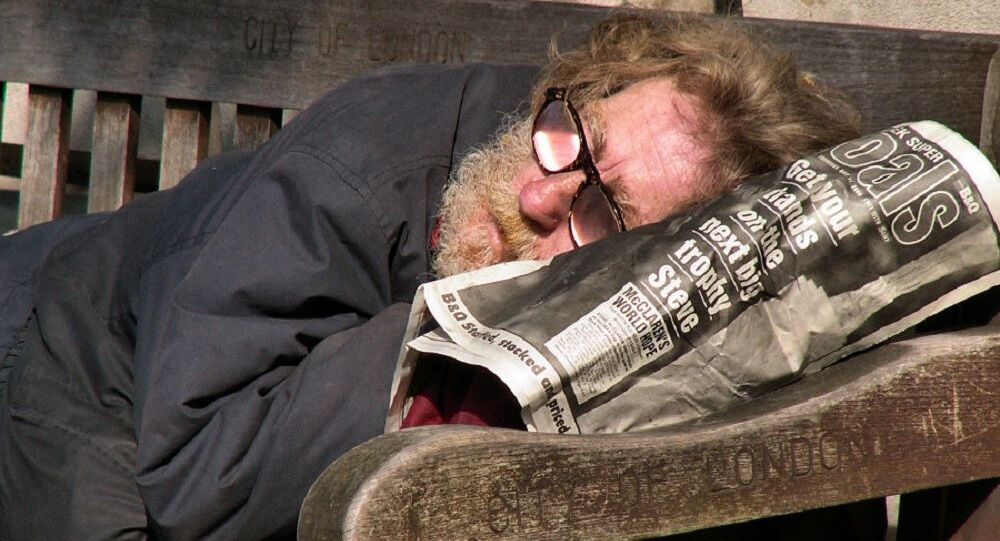 According to housing charity Shelter, 320 thousand Brits are homeless, with the capital London continuing to be the epicentre of the problem. Shelter estimated that 135 thousand children spent Christmas on the streets, or living in temporary accommodation.

London Mayor Sadiq Khan said British society was letting homeless people down as he urged Prime Minister Johnson to work together to end rough sleeping in the British capital and across the country. "I say merry Christmas to Boris Johnson, congratulations on the general election victory, but let's work together to solve this," Khan said.

Earlier this month Boris Johnson placed the fight against homelessness on his "huge agenda of delivering social justice" in a speech to the Cabinet. Almost nine thousand people are sleeping rough in the capital, that's according to the mayor's office, a double increase compared to 2010-2011.

The situation is similar in England and Wales. Charities say that the problem is driven by unaffordable housing prices and the failure of housing benefits.

Sadiq Khan spent the afternoon of Christmas Eve at a City Hall where he served a three-course lunch consisting of smoked salmon, roast turkey and pear tarts to one hundred homeless people. During the event, rough sleepers spoke about the challenges they face – accessing services, and the omnipresence of drugs on the streets.

"You're made to scream for help, and unless you do that, it doesn't come. You have to fight tooth and nail for what you are entitled to", said a 45-year-old man, who slept in the park for a year. He said that now he got his own flat thanks to the help of the charity St. Mungo's, but stressed that authorities need to build more social housing. "I was lucky [to get a flat]. It takes most people about four years, if at all."

Sadiq Kahn said that the charitable event timed for Christmas was meant to raise awareness about the issue of homelessness, and stressed that he persuaded councils to provide shelter to all the rough sleepers and homeless people in the capital when temperatures approach zero.

"I don't pretend today is going to solve all these problems, it's about giving some vulnerable Londoners a special experience at this time of year, and giving people hope that we can end rough sleeping once and for all," Khan said in an interview with the Guardian.