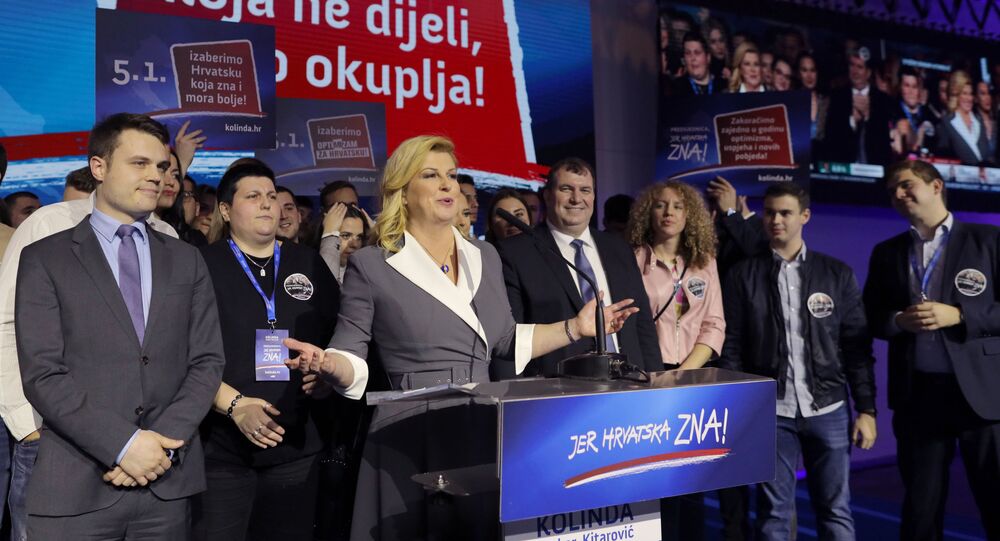 Milanovic, Grabar-Kitarovic to Compete in Runoff For Croatian Presidency

BELGRADE (Sputnik) - Zoran Milanovic, the leader of Croatia's Social Democratic Party, will face incumbent President Kolinda Grabar-Kitarovic in the second round of the Croatian presidential election, according to the State Electoral Commission.

Zoran Milanovic, 53, the nation's former prime-minister, was reportedly forecast to win in the first round of the presidential vote, according to polls cited earlier by local media during the election campaign.

The remaining candidates are polling far behind, according to preliminary commission data.

The Croatian head of state has, to a large extent, a ceremonial role. The president cannot veto bills but has a say in foreign policy and defence issues. The president has a five-year term, with the next one starting in February 2020.

Europe is Very Young Entity, We Need Some Time to Build European Identity - Ex-President of Croatia