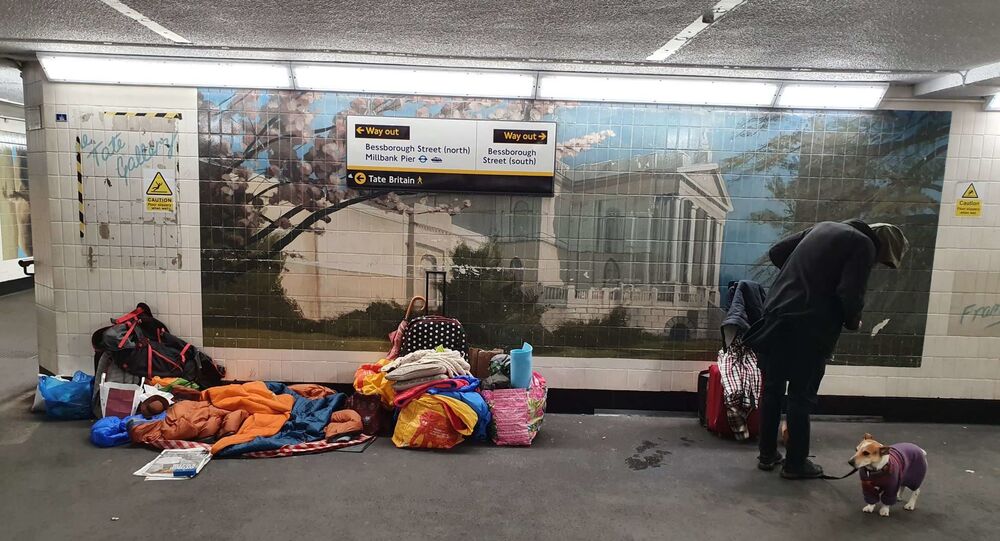 London has the highest concentration of homeless people according to Shelter who also says that "wider definitions of homelessness would result in far more people being counted".

Homelessness in England continues to rise according to the latest information gathered by one of the UK’s leading charities. Shelter says that their “analysis of government data” shows the number of homeless people has increased by 23,000 to 280,000 homeless people since 2016. This reflects a 9% overall increase in homelessness and an 11% increase in "rough sleepers" specifically.

The charity has been collecting records on the homeless since 2016 and they say that 2019 marked the highest recorded number so far.

Their report, This is England: A picture of homelessness in 2019, says that accounting for the number of homeless people is “extremely difficult to accurately count” and that the numbers may actually be far higher.

Twenty five out of thirty of the regions with the “highest local rates of people who are homeless” are based in London, with an estimated 163,100 homeless people in the capital city alone. The south-east and the east of England represented the second and third highest concentrations of recorded homelessness, at 22,850 and 16,000 people respectively.

This population is mainly made up of people who are homeless and living in temporary accommodation arranged by their council (over 236,000)”

​Homelessness can take many forms but the authors make clear that: “We do not attempt to include the various forms of hidden or unofficial homelessness, such as sofa-surfing, or overcrowded households, and stick to what could be termed as ‘recorded homelessness’”.

The charity also stresses that “wider definitions of homelessness would result in far more people being counted”.

On 17 December Shelter tweeted that “until the government acts to build [the] social housing we need, the work of our frontline services remains critical.

With the public’s support we can help more people to find a safe home or stop them losing their home in the first place”.